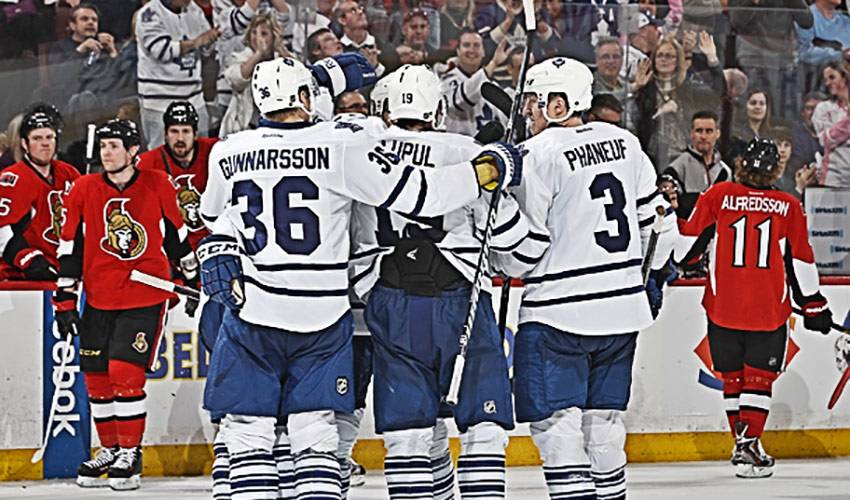 After an intense battle with their provincial rivals on Saturday night, the Toronto Maple Leafs clinched their first playoff berth since 2003-2004 with a 4-1 victory over the Ottawa Senators.

James Reimer was the story of the game against the Senators, turning aside 44 of 45 shots from a relentless Ottawa offensive attack, while being named the game’s first star. Forward James van Riemsdyk led the offense with two goals, while Mark Fraser and Cody Franson aided in the defensive effort with nine blocked shots and seven hits between them.

“It’s unbelievable,” said Reimer to CBC News, “That’s the hockey you want to play always as a kid growing up.”

The Maple Leafs have one of hockey’s most passionate fan bases, who were overjoyed to see their team make the playoffs for the first time in nearly a decade.

A lot has changed in nine years. To put this into perspective, the last time the Leafs made the playoffs:

And Twitter? No one had heard of it because it didn’t exist yet. After the game, many Toronto players took to Twitter to salute their fans and share their excitement to be competing for the one and only Stanley Cup.