Hockey a family tradition for the Byrons

Paul Byron’s NHL idol was one of the game’s fastest skaters, a player small in stature that used his breakaway speed to elude the opposition and create big-time scoring opportunities. 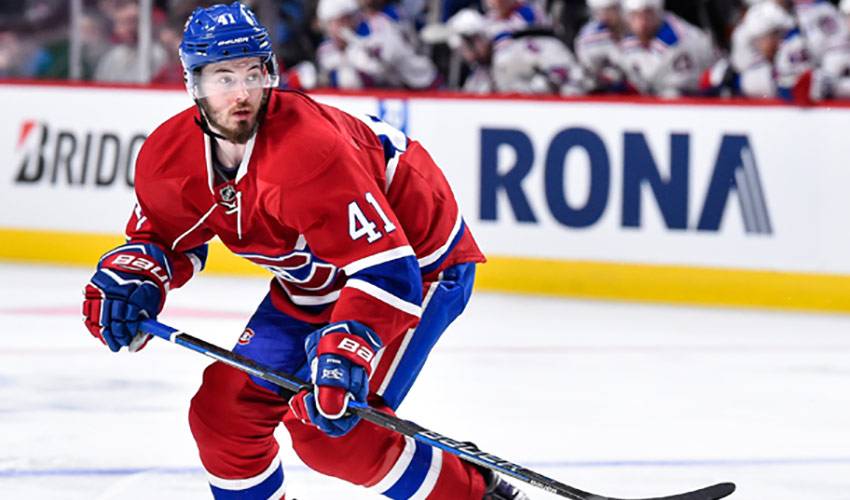 Whenever Paul Byron watched hockey on the television with his father, or skated on the family’s backyard rink, he dreamt of what it would be like to play in the NHL.

It was a Saturday night staple in the Byron household – father and son sitting in front of the TV, tuning in to catch the evening’s hockey action and talking about the game they loved.

“My fondest memory of watching hockey with my dad was Coach's Corner with Don Cherry,” recalled Byron. “Hockey Night in Canada was like religion in my family and we couldn't wait to listen to what Don had to say.”

When the younger Byron wasn’t watching hockey, he was playing it. He spent countless on the family’s outdoor rink – an impressive one that featured a crease and centre-ice logo – honing his skills.

He often imagined if the day would come when he’d be one of the players people watched on Saturday nights.

Byron’s NHL idol was one of the game’s fastest skaters, a player small in stature that used his breakaway speed to elude the opposition and create big-time scoring opportunities.

“I loved watching Paul Kariya play when I was a kid,” he said of the 2017 Hall of Fame inductee who played 989 NHL games, winning the Lady Byng Memorial Trophy twice (1996-97). “He was a small player like myself, but he was so dynamic and fast.”

Standing 5-foot-9, Byron, taken by the Buffalo Sabres in the sixth round of the 2007 NHL Entry Draft, is coming off his best big-league campaign. He produced a career-best 22 goals and 21 assists, accompanied by a stellar 22.9 shooting percentage.

Dealt by the Sabres to the Flames in 2011, he found a home in Montreal when he was acquired off waivers from Calgary on October 6, 2015.

He doesn’t have to look far when it comes to his biggest supporters.

Byron’s wife, Sarah Leblond, and their children, Elianna and Brysen, can often be seen cheering him on at Habs home games.

“Their support means the world to me,” said the player who notched 21 goals and 32 points in 19 playoffs games when Gatineau hoisted the QMJHL’s President’s Trophy in 2008. “They love being at the rink and watching the games. My wife records all the games and my kids love to re-watch them. Seeing their face light up when they see me even after a bad game puts a lot of perspective on life. I'm blessed to have my family and couldn't be happier to be able to share every moment with them.”

The moments he had always hoped for.

“Watching Paul Kariya, it gave me a lot of hope when I was young, that I could overcome size if I was good enough.”