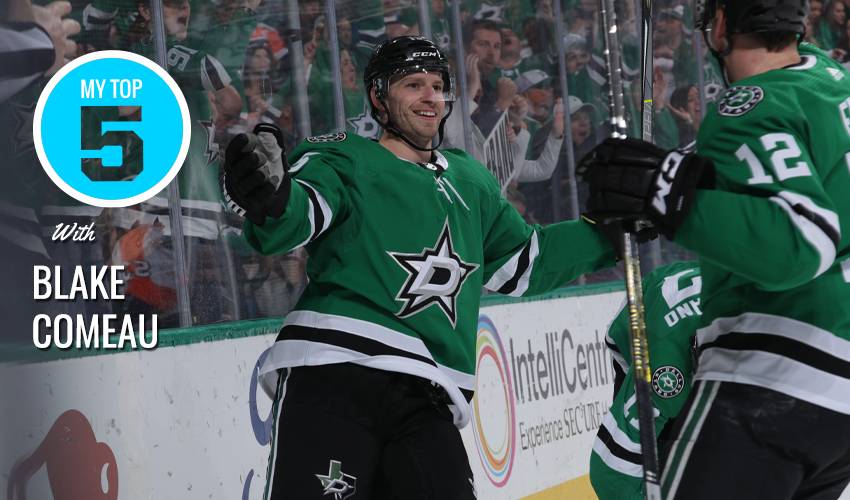 Will the stars align for the Dallas Stars in this season’s Stanley Cup Playoffs? Veteran forward Blake Comeau stopped by NHLPA.com days before he and his teammates take on the Nashville Predators in the Western Conference First Round.

What are the keys to victory for the Dallas players? For one, being a big hit, literally, will help bolster their chances for a long Cup run.

Comeau's keys to to victory

“The first thing that comes to mind is that we have to stick to our identity, which is really good defensive hockey. I think that’s why we’ve been successful this year and made the playoffs. It took us a little while to figure out how we needed to play, to have success as a team. But once we did – I felt it was around Christmas or the bye week  -- we all bought in to playing sound defensive hockey. That’s the way our team is built. We have really good structure, defensively.”

2. Keep the light off

“We have really good goaltending and it’s been outstanding the whole year. Whether it’s “Bish” (Ben Bishop) or “Dobi” (Anton Khudobin), both guys have been great the whole season. Both of them are a big reason why our penalty-kill is in the Top 5 this year. That’s going to be huge for us. If the guys play like they have the entire season, I think we’re going to be a tough team to beat.”

“I think our special teams will be important. Our power-play has come on as of late. With [Mats] Zuccarello back in the lineup, I think he helps out a lot there. And you also look at our penalty-kill, which has been great all season long. Nashville has a ton of skill on the power-play and a lot of players that can put the puck in the net, so our penalty-kill is a big key.”

“Our physical play is going to be another key. We have a lot of guys that can play a physical game up front and on the back end. That gives our team a lot of energy when we play that way.”

“We have some young guys on our team, but they play huge roles. The amount of strides that guys like Roope Hintz and Miro Heiskanen have made… they just keep getting better and better as the season goes on and play important roles for us. We’ve got a lot of young talent that has really contributed to our success this year.”