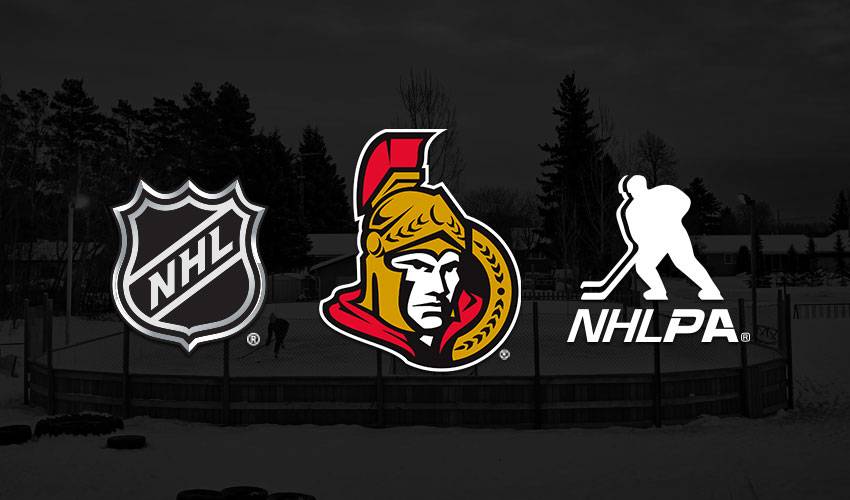 The National Hockey League (NHL) and 24h Tremblant are key partners in the project.

“We were truly fortunate to have been part of this community project leading to _ve new skating rinks in Gatineau. This partnership promotes activity and fosters the sense of community by providing top quality gathering place. I would also like to thank the other partners who joined the Senators in this tremendous adventure. I truly hope that we will have the opportunity to pursue our partnership with the Ottawa Senators Foundation in the years to come,” declared Gatineau Mayor Maxime Pedneaud-Jobin.

“The Sens Rink project encompasses great teamwork and a mutual desire to see marked improvement in recreational opportunities for children and youth across the region,” said Danielle Robinson, president and CEO, Ottawa Senators Foundation. “We're grateful to Ville de Gatineau and the support we receive from 24h Tremblant to help us break down the barriers to sport for children and youth in our community.”

“The NHL and NHLPA, through the Industry Growth Fund, are proud to partner with the Ottawa Senators to support the 15th Sens Rink at Parc St-Gérard,” said Rob Knesaurek, National Hockey League Group Vice President, Youth Development & Industry Growth Fund. “This important project furthers our commitment to creating world class hockey experiences, on and the ice, by providing increased access for youth in the Ottawa community to participate in the game of hockey and be active and healthy.”

"The NHLPA and NHL are proud to play a role in the opening of the Sens Rink at Parc St-Gerard today. Projects like this one are a perfect example of the positive impact the Industry Growth Fund is having not only in Ottawa, but throughout North America,” added Rob Zepp, NHLPA Manager of Special Projects. “All players need a place to get their start in the game of hockey and the opportunity to support communities while providing children access to the game and the ability to lead active lifestyles is something that is important to us.”

"The 24h Tremblant is very proud of its long-standing partnership with the Ottawa Senators Foundation and our collective community investments in the National Capital Region. Our visions and values are aligned and we are motivated by children's causes that will result in greater access and opportunities; all with the goals of promoting physical as well as mental well-being. We are thrilled to see this _fth community Sens RINK open in the Gatineau region and know that it will be well-used by kids and families in this neighbourhood for years to come," said Simon St-Arnaud, Executive Producer, 24h Tremblant.