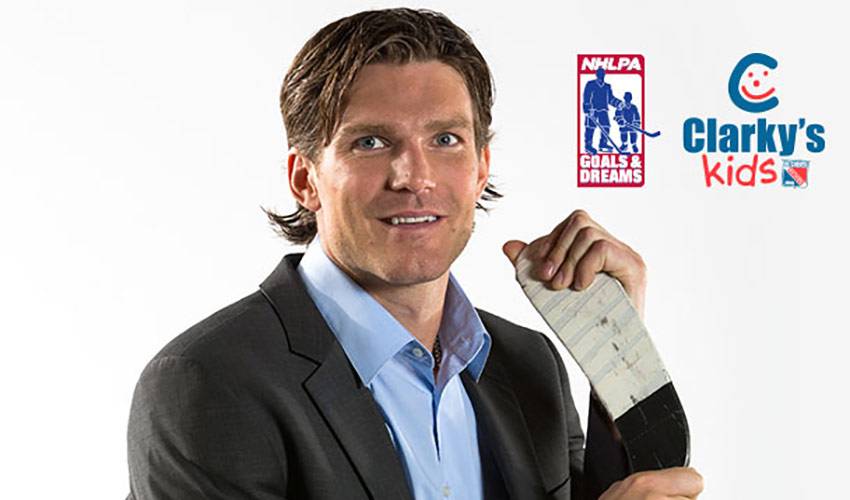 While Toronto Maple Leafs fans are looking forward to getting David Clarkson back in the line-up, the children at the Grand River Hospital’s POGO (Pediatric Oncology Group of Ontario) Satellite Centre are glad he has the time right now to focus on them.

Clarkson, in tandem with the NHLPA Goals & Dreams fund, was on-hand in Kitchener, ON, on Friday to make a donation of $40,000 through ‘Clarky’s Kids’ to the children in the POGO unit at the Grand River Hospital.

Being able to play an active role in the lives of the children in Clarky’s Kids and give back to a community that Clarkson holds dear to his heart is something special for the Maple Leafs forward.

“Making this donation to the Grand River Hospital POGO unit through Clarky’s Kids and the NHLPA Goals & Dreams fund is something I’m extremely proud of,” said Clarkson. “It’s great to know that this donation from NHL Players will help directly impact the kids who are battling cancer so courageously.”

The donation marks the sixth anniversary of Clarky’s Kids, a program between David and the Kitchener Rangers Hockey Club that provides children from Grand River Hospital’s Pediatric Oncology Group of Ontario Satellite Centre the opportunity to experience the excitement of a Rangers game and visit with players and coaches in and out of the hospital. As well, this program continues to raise funds that aid in support of local families and siblings dealing with a child that has cancer.

The partnership between Clarkson, Clarky’s Kids and the NHLPA Goals & Dreams program was born through the annual NHLPA Charity Golf Classic this past summer, an event where David and his foursome played in support of Clarky’s Kids, raising the $40,000 that was donated on Friday.