The Chicago Blackhawks have acquired defenceman Calvin de Haan in a trade with the Carolina Hurricanes. 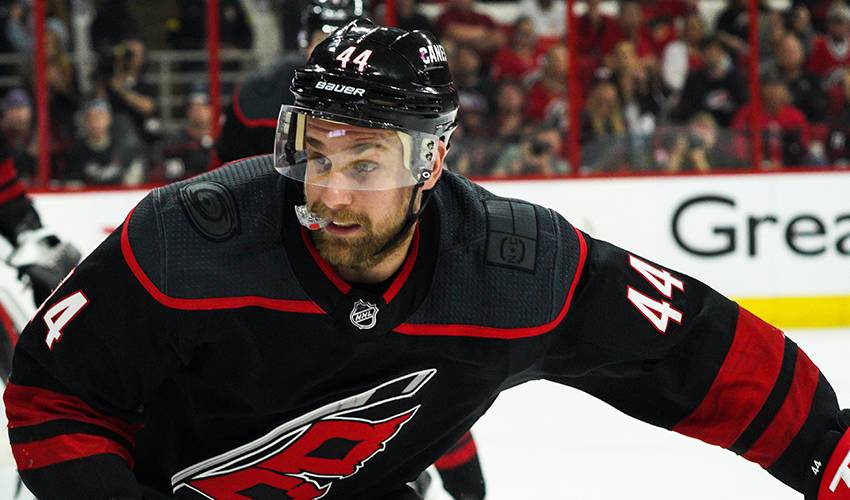 CHICAGO — The Chicago Blackhawks have acquired Calvin de Haan in a trade with the Carolina Hurricanes.

Chicago has been looking to upgrade its since it missed the playoffs last season for the second straight year. It acquired Olli Maatta in a trade with Pittsburgh on June 15.

De Haan was selected by the New York Islanders with the 12th overall pick in the 2009 draft. He spent his first six seasons with the team before joining Carolina last summer, signing a four-year contract worth $18.2 million.

The 28-year-old de Haan had one goal and 13 assists in 74 games last season. He also had a goal in 12 playoff appearances, helping the Hurricanes reach the Eastern Conference finals.

Forsling, a fifth-round pick by Vancouver in 2014, had eight goals and 19 assists in 122 games over three seasons with Chicago. He just turned 23 on June 12.

Forsberg was acquired by the Blackhawks in the 2017 trade that sent Artemi Panarin to Columbus. He spent last season with Rockford in the AHL, going 15-15-2 with a 2.64 goals-against average.

The trade was announced on Monday.