New Jersey coach John Hynes received a multiyear contract extension, a reward for making the playoffs last season for the first time since the Devils reached the 2012 Stanley Cup Finals. 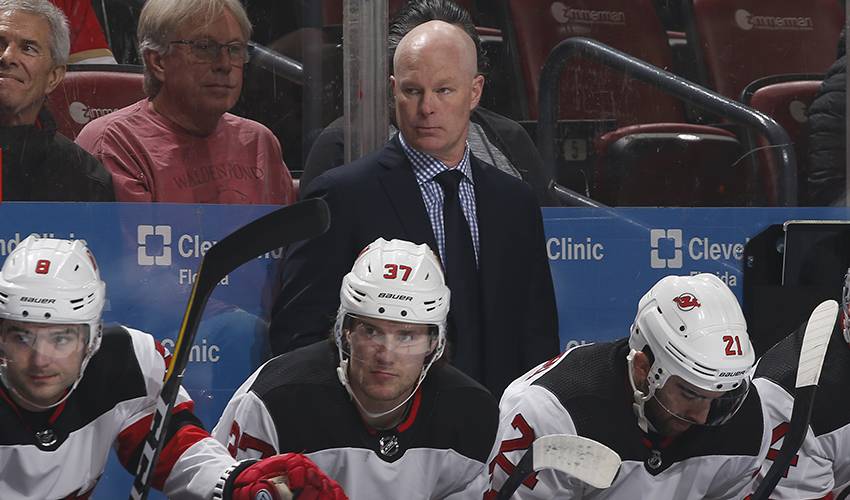 The team announced the deal Thursday, saying Hynes' leadership was instrumental in building a culture and system for the development of the players. Contract terms were not immediately available.

"He has cultivated a group of veteran leaders, while helping our young players develop and gain experience," general manager and executive Ray Shero said. "John is to be commended for the progress the team has made under his direction and this commitment shows that we are confident in the role he will play in our future success."

Hynes is in his fourth season with the Devils. The team is currently 15-17-5 and out of the playoff picture with half the season to play.

"John has been an important part of the progress we have made toward our ultimate objective of competing at the highest level in the league year in and year out," Josh Harris, the Devils' managing partner said. "We have been impressed with John's leadership ever since he became a first-time NHL head coach with the New Jersey Devils three years ago.

"He is a fantastic teacher and mentor, qualities which have served the organization well in developing our young talent. His ability to communicate and connect with players has helped define our culture and inspire those around him to be their best."

Hynes is the second-winningest head coach in Devils' history. The team finished 44-29-7 last season when Taylor Hall had an MVP season.

"John's passion for excellence on and off the ice is a critical building block for all that we hope to accomplish as an organization," co-managing partner David Blitzer said. "John is representative of who we are and what we look to become."

Hynes has said he wants his team to be gritty and competitive.

"We've established a standard in New Jersey of what we expect — how we act, how we practice and how we play," he said.