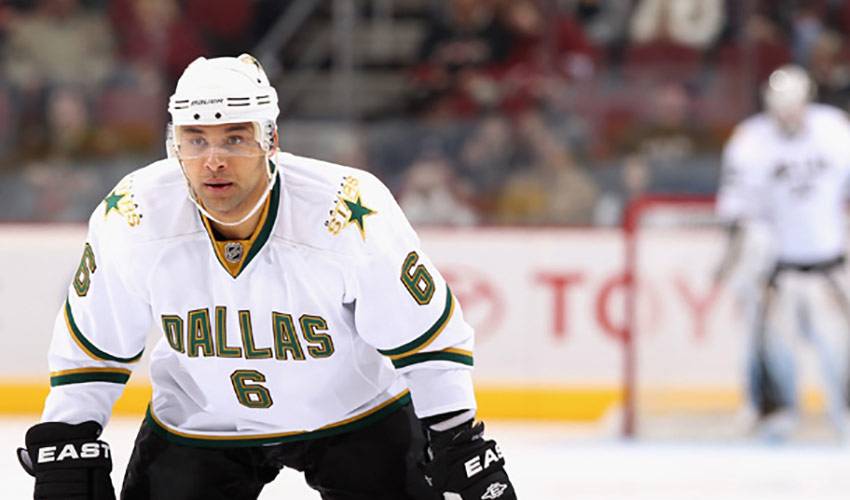 hasn't forgotten the up and down season he and the Dallas Stars experienced in 2010-11. And that's why the defenceman is hoping the new NHL campaign has a much happier ending.Trevor Daley

Two points. That was all that separated the Stars from netting a playoff spot last year, a season in which the Western Conference club stormed out of the gates, endured a series of rough patches, showed resiliency in the last month, and had a chance to contest the Cup with a win in the last game of their regular season.

Saddled with the task of winning all their games in April, Dallas played some of their best hockey, but lost their 82nd and final game to the Minnesota Wild, by a 5-3 count.

“I guess when this year starts, people will look at us and see us as the poster boys for teams that just barely missed getting into the playoffs,” said the 27-year-old, of Dallas' frustrating 2010-11 campaign. “It hasn't left any of our minds. I think a lot of us spent the summer wondering, ‘Where did we go wrong?' But that said, we were only two points away from making it in. That means we did plenty of things right.”

Including the play of the Toronto native, who finds himself just two games shy of 500 for his NHL career.

Daley, who stands 5'10” and weighs 210, gave the Stars another year of consistent play in his own end, coupled with eight goals and 19 assists for 27 points, his highest total since joining the NHL in 2003-04.

But that hardly means Daley is satisfied.

“You really never are,” said the 43rd overall selection of the Stars in the 2002 NHL Entry Draft, in the second round, from the Sault Ste. Marie Greyhounds of the Ontario Hockey League. “That's always what motivates you. My focus is to always build on what I did the previous year. I've been around great people. Not just teammates, but family and friends, too.

“I want to be a better person, a better teammate and a better player.”{{QUOTE}}

Daley, who had 53 points in 57 games during his final OHL season, believes he and the rest of the Stars will be ready to take a run at a playoff spot in 2011-12.

“No one likes it when you don't have the chance to play for the Stanley Cup,” said Daley, who made his NHL debut with the Stars in the 2003–04 season and established himself as a regular in 2005–06 season when he played in a then career-high 81 games. “I think we can take that step forward. There's different ways to do that. Personally, I had another season under my belt, more experience, and I hope to use that in a positive way. I'll do whatever I can to help.

“As a team, everyone is unified in wanting to make it to the playoffs. It's been three seasons since we've been there. We know exactly what it takes to get there.”

Which is why Daley and his teammates aren't going to waste any time or opportunities in their quest to make a return appearance into Western Conference top-eight territory.

“Every point is key,” offered Daley, who has appeared in 29 post-season games. “That's how we approach every season. Obviously, we are well aware of that fact. But we feel we are heading in the right direction. We can use what happened last year as motivation.”

“It could be the toughest division in hockey,” he said. “You have to keep pace with everybody. So, when you play April against those teams, or anyone for that matter, you need to be ready.”

Daley, who signed a six-year contract extension worth $19.8 million in 2010, most certainly is.

“That bad taste hasn't left our mouths. We know we don't experience what we did last year again this time. I think when you see that energy and enthusiasm, you can't help but feel good. It's never easy making the playoffs, but we're ready for the challenges that await us.”

And Trevor Daley is ready to put the past year behind and help put Dallas back where they want to be.