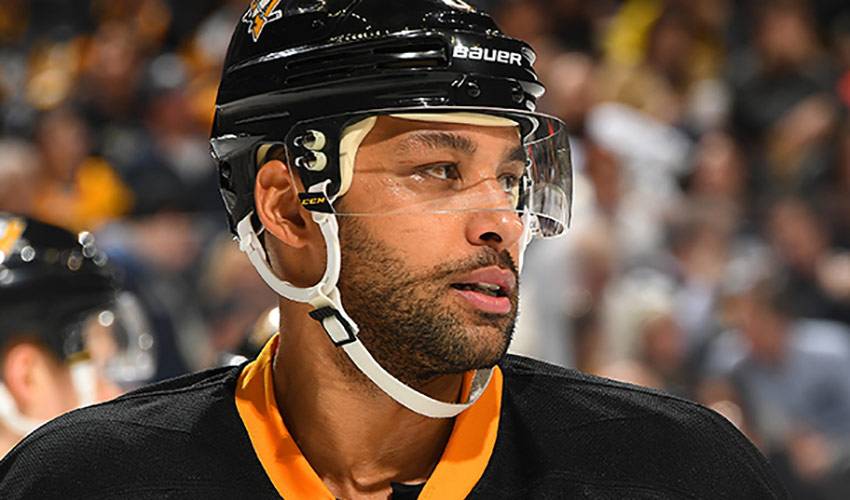 Before he works the zones in this year’s NHL Playoffs, the 33-year-old Daley gets in the zone whenever he puts on the headphones and listens to his favourite music.

Who is it that tops Daley’s pre-game playlist?

“Listening to Drake, it always gets me going,” said the Pittsburgh defenceman, in speaking of the Canadian rapper, singer, songwriter and record producer. “I always listen to his music before games.”

It’s proven to be a winning pre-game ritual for the Toronto-born Daley, who celebrated his first Cup win in 2015-16 with the Penguins.

Traded to Pittsburgh from Chicago on December 14, 2015, Daley played an integral role in the Pens’ second-half regular season surge. A broken ankle suffered in Game 4 of the Eastern Conference Final sent him to the sidelines, but it didn’t stop the blueliner from taking part in the on-ice festivities after Pittsburgh bested San Jose in six games in the Cup Final.

Daley was the first player to be handed the trophy by captain Sidney Crosby.

He’s hoping to be in full equipment if the Penguins become the first team since Detroit (1997-98) to repeat as champions.

“When it comes to playoffs, I think the best advice I’ve had over the years is never to get too high or too low,” said the second-round selection of the Dallas Stars in 2002. “You really just have to enjoy the moment.”

It’s something Daley, just six games away from 900 regular season contests, has come to appreciate more as his NHL career has evolved.

“I really had no expectations when I first started, other than to play in the NHL,” he told NHLPA.com in a 2015 interview. “I remember my first game being in Columbus, just the lead up to knowing that you were going to be in the lineup was pretty cool in trying to let all my friends and family know it was going to happen. Playing that game was obviously that moment where you felt you had finally made it.”

Throughout injuries, trade rumors, trades, and fitting in with new teammates, Daley hasn’t lost his love for the game.

He also hasn’t lost perspective on how to handle any challenges that come his way.

“Outside of the rink, I really just like to unwind and enjoy time with my family,” said Daley. “That’s what makes me happy.”

So, too, does listening to a little Drake before the puck drops.