A Man Of His Word

Whether it’s with his hometown buddies, or representing his fellow Players, Kevin Westgarth makes good on his promises 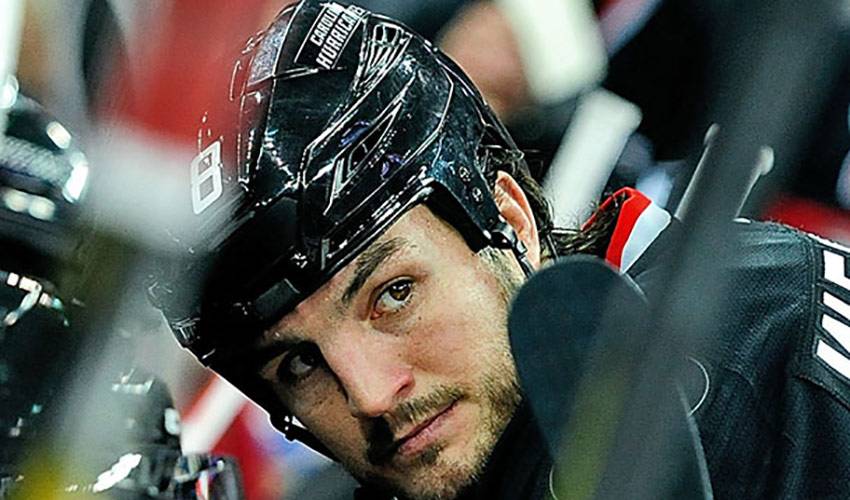 Whether it’s giving or taking a punch, creating space for his teammates or keeping a promise he made years before he stepped on NHL ice, Kevin Westgarth, regardless of the circumstances, can be counted on to deliver.

It was during the mid-2000’s when Westgarth, then a forward for the Princeton Tigers, found himself on a backyard deck in his hometown of Amherstburg, Ontario, hanging out with friends and ruminating about his hockey career. Competing in the U.S. collegiate ranks, there was nothing, at least at that time, suggesting a life in the NHL was in his future. Yet, for some reason, Westgarth, at one point in the evening, nonchalantly made a statement he has never forgotten: “I’m going to play in the NHL and I’m going to win the Stanley Cup and bring it back to this exact spot.” Though he was expecting some kind of response, no one raised an eyebrow or piped up with a good-natured retort. “I don’t know quite what compelled me to say it, but I just did,” recalled Westgarth. “It was either my freshman or sophomore year at Princeton. There was really nothing solid to base it on. I just had a feeling.” Undrafted, signed as a free agent by the Kings in 2007, Westgarth spent three-plus seasons with the Manchester Monarchs of the American Hockey League, getting his first taste of NHL action in 2008-09, appearing in nine regular season games. Westgarth scored his first NHL goal in a 3-2 overtime loss to the Dallas Stars on November 23, 2011. Three months later, he suffered a hand injury, forcing him to the sidelines for the rest of the season. The silver lining came in the form of seeing his name etched on the Stanley Cup, a proud part of Los Angeles’ first NHL championship team in 2011-12. During his designated 24 hours with the trophy, Westgarth gathered the very friends he had told he’d come home a Cup winner, placed the trophy on that same deck and reflected on the journey that brought him to that moment. “It’s still crazy when I think about it,” he admitted. “You never really have time to put your career in perspective. But that day, when I sat there and stared at the Cup, it really sunk in.” Westgarth is no longer a King, traded to the Carolina Hurricanes this January for Anthony Stewart, a 2013 fourth-round pick and a 2014 sixth-round pick. At 29, he’s one of the elder statesmen on a Carolina club fighting for a playoff berth. It’s a role he embraces, one he is grateful to have. “If I can help out off the ice, if any of my teammates need me, I’m hopeful I can be a positive influence in that regard,” said the 6’4”, 230-pounder. “I think my role with the NHLPA during the lockout, working on the negotiating team, really helped me with my confidence in terms of leadership.” Westgarth won’t see his name atop the team points-leader list. He won’t play nearly the same amount of minutes per game as the vast majority of his teammates. What he does, however, is play one of the game’s most demanding roles. “I’m sure some people think we’re absolutely insane,” laughed Westgarth, of being an enforcer. “But to me, there is a huge amount of respect amongst the guys that do this. I generally chat before and after a fight.” Like the time he dropped the gloves with Steve Montador when the defenceman was with the Anaheim Ducks in 2008-09. “It was the funniest thing,” recalled Westgarth. “I hit Chris Kunitz (now with the Penguins) and I turn around and see this guy coming at me. Steve is coming towards me and I ready myself. I don’t know this guy is a lefty and I’m preparing for a right. Let’s just say he has a pretty good left. He tags me with a punch and breaks my tooth. It’s the only one I’ve lost.” After a brief scuffle, the two made their way to the penalty box for the next five minutes. “I looked over at Steve and said, ‘Hey, how come you didn’t tell me you were a lefty?’ He turned to me, laughed and said something to the effect of, ‘Well, you got some really good ones in on me, too.’ To me, that’s the height of civility.” Westgarth, with 113 NHL games to his name, is hoping he’ll have plenty more to talk about when he returns to his hometown this summer. Whether he returns with Cup again is still unknown, but one thing is certain: when he sits out on the deck with his friends, he’ll get that same feeling he had just one summer ago. The feeling you get when you are a champion and a man of your word.

A self-confessed “hockey nerd,” Kevin Westgarth’s knowledge of the game extends far beyond the hockey arena