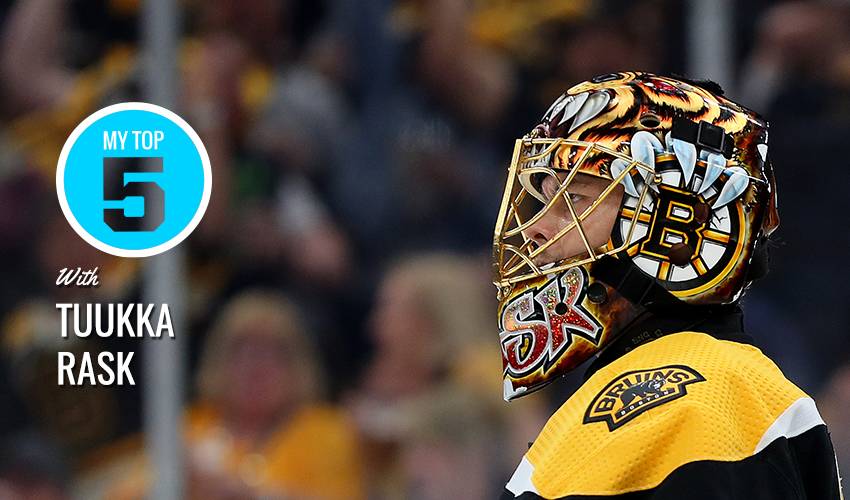 Tuukka Rask, Boston’s magnificent man behind the mask, has been brilliant between the pipes for the Bruins in the Stanley Cup Playoffs, racking up 10 wins accompanied by a 2.02 goals-against average.

Leading the league in shots against, saves, save percentage and minutes, the 32-year-old Finnish backstopper now has 45 career post-season wins.

Get to know more about Rask in this week’s playoff edition of My Top 5.

A big-time movie fan, the 21st overall pick of the Toronto Maple Leafs in 2005 offered up a personal favourite quote that’s been uttered several times on-screen by a fictional character created by novelist Ian Fleming in 1953.

“My all-time favourite line from a movie has to be, “Bond…James Bond.”

A Boston-area researcher named a species of wasp discovered in Kenya after Rask. The name? Thaumatodryinus tuukkaraski.

Get out the candles

“It’s always good to play in the playoffs,” said Rask who came to Boston via a trade with Toronto in 2006. “I don’t try to prove anything to anybody else but myself and my teammates.”

“You try to see things in your head, what might develop in the game and just prepare yourself like any other game, not over-think those situations.”

What’s his blueprint for success?

“Just try to stop every puck.”