The winningest goaltender in Boston Bruins history is calling it a career. 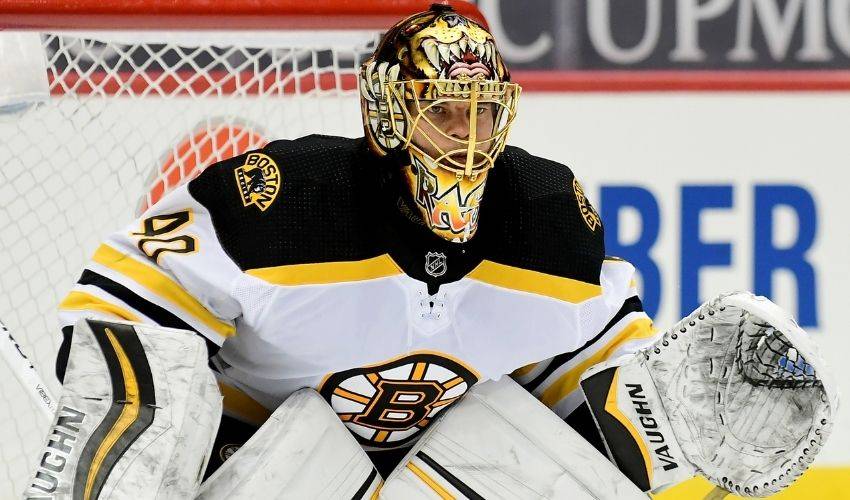 BOSTON (AP) — The winningest goaltender in Boston Bruins history is calling it a career.

Citing an inability of his body to respond after his recent return to the ice following offseason hip surgery, Tuukka Rask announced his retirement from NHL on Wednesday.

“Today is a day that I hoped would never come. But now that it’s here, I feel I owe it to everyone to hear it from me,” the 34-year-old said in statement tweeted by the team. “Over these last few weeks, I’ve realized that my body is not responding the way it needs to for me to play at the level l expect of myself and that my teammates and Bruins fans deserve.

“Therefore, it is with a heavy heart that I announce my retirement from the game of hockey.”

Rask ends his career with a franchise-best 308 career wins and 14,345 saves. His .921 save percentage and 2.28 goals against average are also the best among former Bruins goalies with at least 30 starts.

But he played in only 24 games last season as the team managed his workload while he fought hip and back injuries. After a second-round loss to the New York Islanders, he revealed that he needed hip surgery.

Rask was a free agent this summer and remained unsigned while he recovered from an operation to repair a torn labrum in his hip. He agreed to a prorated $1 million, one-year deal last month that was scheduled to pay him $545,000 for the remainder of the season.

“When I made the decision to have surgery on my hip last summer, I did so knowing that the road to recovery would be challenging,” he said in his statement. “I also knew it was something I would have to do if I wanted to give myself a chance to play my best hockey again.”

He began skating with the Bruins again this winter and eventually signed a professional tryout agreement with Providence last month. But the AHL team had two games that were supposed to serve as rehab starts for him scrubbed because of COVID-19 protocols.

He decided to return the NHL without the tune-ups and allowed two goals and stopped 25 shots during his season debut in Boston’s 3-2 win over Philadelphia on Jan. 14. But the Bruins fell in two of his next three starts with Rask allowing 12 goals. In his four games he gave up 14 goals with 76 saves.

Rask said last month that he never really contemplated retiring this offseason and the motivation to come back was to make one more run at a Stanley Cup and finish out his career alongside longtime teammates Patrice Bergeron and Brad Marchand.

“The biggest point for me was if I feel great I want to try to come back,” he said. “The only thing I want to do at this point is try to help out. I’m not looking for a big contract like I’ve said before. I just want to come and help out the guys and do my part that way.”

Instead he leaves a Bruins team that is 27-15-3 and currently holding onto the Eastern Conference’s final wild-card spot. Boston is also facing a stretch without two of its top players.

Bergeron skated gingerly toward the bench after getting tangled up with Sidney Crosby and slamming hard into the boards midway through the third period of Boston’s 4-2 loss to Pittsburgh Tuesday. He’s been ruled out for Thursday’s matchup against Carolina with a head injury.

Marchand was suspended six games Wednesday night for roughing and high-sticking Pittsburgh goalie Tristan Jarry late in the third period the previous night. It is his eighth career suspension and second this season.

Marchand received a match penalty with 25 seconds to play after throwing a punch at Jarry’s head and poking the goaltender’s mask with his stick as a linesman was escorting him away from the fray. Marchand sat for three games for slew-footing a Vancouver player in late November.

As for Rask, he said he leaves the ice with no regrets.

“Through all the ups and downs, I am so grateful for all the support this team and the people of Boston have given me. I will miss everything that comes with representing the Boston Bruins,” Rask said in his statement. “I’m so proud to have worn the Spoked-B for my entire career and wouldn’t have had it any other way.”