Dane Jackson, in his 13th season on the University of North Dakota men’s hockey coaching staff, serves up five reasons why Chicago’s captain is a top-shelf talent. 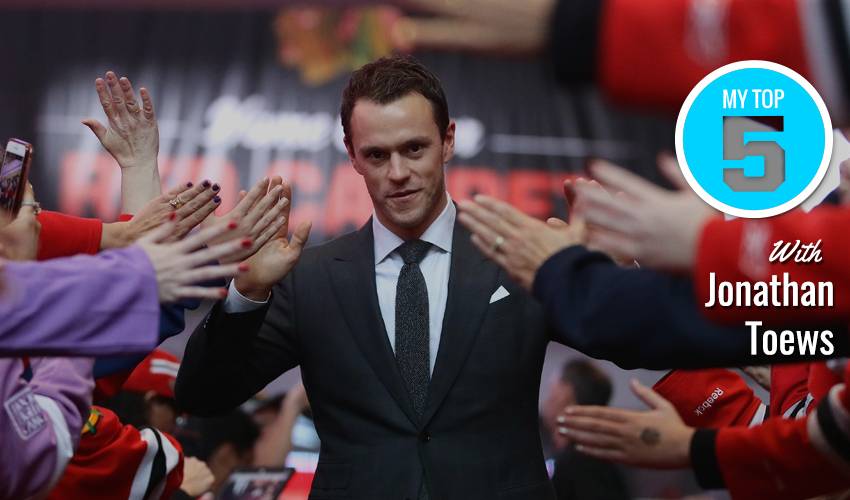 What are some of things that make a three-time Stanley Cup winner a bona fide star? For Jonathan Toews, that list begins with the drive and desire to be a difference maker. Dane Jackson, in his 13th season on the University of North Dakota men’s hockey coaching staff, serves up five reasons why Chicago’s captain is a top-shelf talent.

Toews skated two seasons at the University of North Dakota, recording 85 points (40 goals and 45 assists), a +38 rating and a 56.7 per cent face-off winning percentage in 76 games. He helped UND reach the NCAA Frozen Four in both 2006 and 2007, serving as an alternate captain in his sophomore campaign.

“One thing that comes to mind would definitely be his drive to improve. He had that every day mentality. There was no question that he had a focus and a drive, daily, to get better.”

“What also sticks out was how solid he was at everything, at how good he was at all parts of his game. He was good in the dot, good defensively, strong on a rush and making plays. He had so much depth and maturity to his game.”

“He was the exact opposite of ‘Osh’ (T.J. Oshie). Osh would be hooting and hollering at practice, where Jonathan was very serious and focused. He managed that well. He had so much competitive fire every day.”

“He’s genuine. He genuinely was happy for other guys. He wanted the guys to do well – he was selfless. He wanted the team to win. If we won 6-0 and he didn’t have a point, he’d be happy for the group, but he’d be out there early the next morning working on his one-timer, if he had missed a shot. He was very supportive of his teammates. He might have been the No. 3 overall pick in the NHL Draft (2006), but there was no ‘big wheel’ attitude about him. He was humble and team-first in his attitude.”

5. His most underrated skill…

“I know when we were going through the recruiting process, there was some concern, mainly strength-based, about his skating. But he is a deceptively strong and solid skater. He was strong on pucks and his stick was so strong here.”