How Fast It All Happens

Matt Cullen still has the same zeal and energy for the game today, as he approaches the 1,000 games played mark 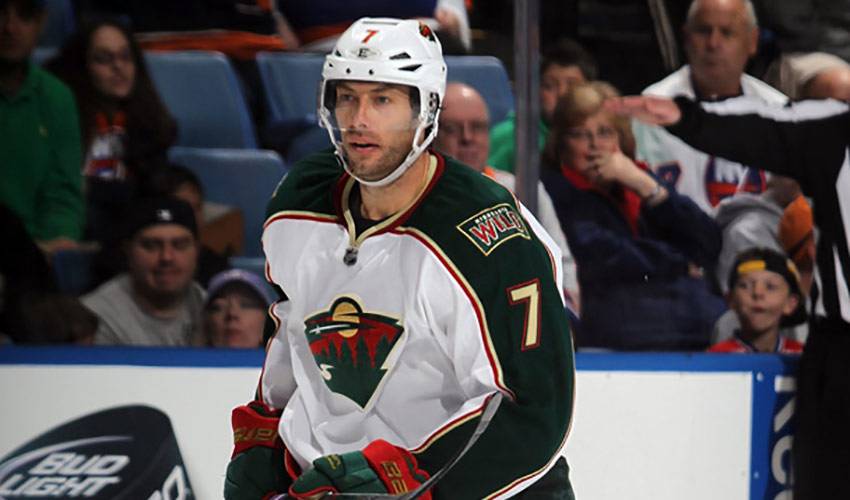 What does it take to play 1,000 games in the NHL? Zeroing in on the milestone, Matt Cullen isn't quite sure of the answer himself.

With the less than 35 games to go before he joins the ranks of players who have reached the four-digit mark, Cullen, who came into the 2011-12 campaign with 958 games to his name, still can't quite wrap his head around the thought of hitting the number.

“How did this happen?” laughed Cullen, who was the 35th overall selection of the Anaheim Ducks in 1996, launching his career with the club in 1997-98 when he appeared in 61 regular season games. “But it's been great so far. You can't really prepare yourself for how fast it all happens. One minute, you're a rookie trying to make the team. The next minute, you're trying to stick and then you're looking to be a regular.”

He's played for six teams, winning a Stanley Cup with the Carolina Hurricanes in 2006. Last season, he signed as a free agent with the Minnesota Wild, where he produced 39 points, including 12 goals, in his first campaign with the Western Conference club.

Cullen, who is also one of the team's alternate captains, has embraced his role as a team leader, eager to be a mentor to the younger members of the Wild lineup.

“I realized a little while ago that I'm the oldest guy on the team, but to be honest, it really doesn't feel that way,” said the 34-year-old, who joined the Florida Panthers in the 2002-03 season after 50 games with Anaheim. “I feel lucky to not only have played as long as I have, but to be in a position to lend an ear to the guys or offer some advice if that ever arises.”

It was something he was grateful for when he first embarked on his NHL career.{{QUOTE}}

“Coming to Anaheim, it was a perfect situation for me,” said Cullen, who had 27 points in his rookie campaign. “I couldn't have been more fortunate. (Future Hall of Famer) Teemu Selanne was always good to me and that was something you don't forget. Guys like Ted Drury, Dan Bylsma, Bret Hedican, Rod Brind'Amour – there's so many I'm forgetting – there are so many guys I could name, so many players that really helped provide you with direction and made you feel comfortable if you ever had any questions.”

Their guidance and support is something Cullen thinks about.

“When you move into a more veteran-type role, you realize that a lot of what you say is based on what you learned from the other guys,” said the 6'1”, 200-pound centreman, who became an unrestricted free agent and signed a four-year contract with the New York Rangers in 2006. “You lead in your own way, but you remember a lot of things that impacted you. I think being a husband and a father has helped shape the way I try to contribute as a leader.”

Cullen, who after just one season with the Rangers, was traded back to Carolina during the 2006–2007 off season in exchange for defenceman Andrew Hutchinson, forward Joe Barnes and a third round pick in the 2008 NHL Entry Draft, still has the same zeal for the game he did when he first broke into the league.

“There have been tough times and fun times, but through it all, you don't lose sight of the opportunities you've been given,” said the player, who during the NHL lockout of 2004-05, led the Italian league in scoring while playing for Cortina, finishing with 27 goals and 33 assists in 36 games. “When you're younger, you hope and dream that you'll get the chance to play in the NHL. Now, you start thinking about those days on the backyard rinks, all those times. It's been great.”

Cullen, who scored the first hat trick of his career in a game against the Colorado Avalanche on February 22, 2009, is hopeful it gets even better.

“The one thing that never changes is that you have to work hard at what you do, practice or game,” offered Cullen, who was traded to the Ottawa Senators for Alexandre Picard and a second-round draft pick on February 12, 2010. “Winning a Stanley Cup is extremely tough, but it's just as tough getting the chance to battle for it.”

But as Matt Cullen will tell you, it's one definitely worth fighting for.