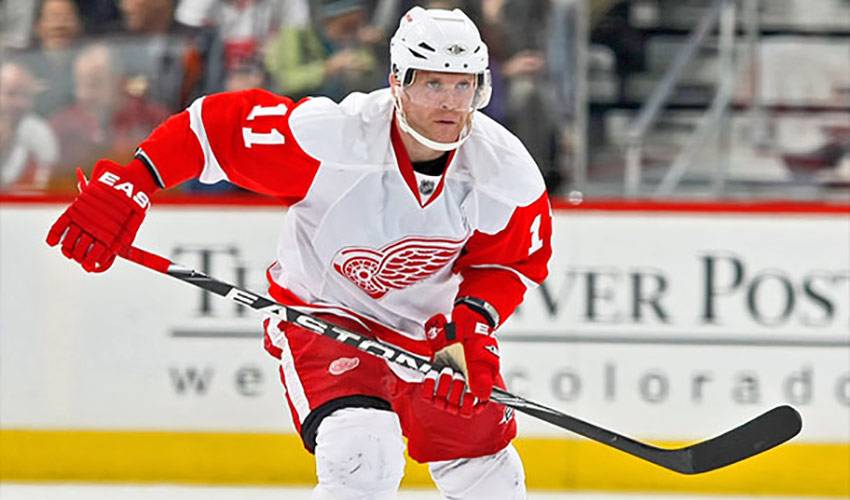 There are plenty of reasons Dan Cleary is pumped to be playing in the RBC Play Hockey Charity Challenge on December 19, 7:00 p.m. at the Mattamy Athletic Centre in Toronto. But there is one thing in particular that stands out above all else.

Cleary, who has skated in over 820 regular NHL season games, will take to the ice along with over 30 other players in the charity event whose proceeds benefit grassroots hockey causes, through the NHLPA Goals & Dreams Fund and the RBC Play Hockey program. The NHLPA Goals & Dreams fund is the largest grassroots hockey assistance program in the world. Since its inception in 1999, the Goals & Dreams program has contributed over $21 million to grassroots hockey programs and related causes in over 30 countries. RBC Play Hockey is one of the largest corporately funded hockey programs that supports grassroots hockey in communities across North America. To date, RBC has provided more than $1.5-million in grants to over 120 hockey programs – ranging from learn-to-skate, ball hockey and equipment-sharing programs to reduced registration, access to ice and hockey clinic initiatives. “I am a huge believer in grassroots hockey and what it stands for,” said Cleary, who will play on Team Stamkos, the side led by Steven Stamkos, who’ll take on Team Subban, captained by P.K. Subban. “Hockey to me is the ideal platform that includes every great aspect of life. It combines commitment, teamwork, fun, friendship, loyalty, respect and competition. You want to get kids involved in hockey for what it represents. “And that’s why I fully support Goals & Dreams,” he continued. “I’ve seen the differences in kids’ lives through the support of grassroots initiatives like this. When you see the smiles on young people’s faces and that genuine love for the game, it’s a great feeling.” Cleary, who celebrated his 34th birthday on December 18, is thrilled with the chance to play on the same site that housed one of hockey’s most iconic buildings. Maple Leaf Gardens, home to the Toronto Maple Leafs from 1931-1999, has been converted into a supermarket, as well as an athletic centre for Ryerson University, known as the Mattamy Athletic Centre at the Gardens. The arena features a full-sized ice rink accommodating over 2,600 fans, a multi-purpose court for basketball and volleyball, multiple studios, and a high-performance gym. It also holds some special memories for Cleary, who was part of the Chicago Blackhawks team that won the final game at Maple Leaf Gardens, a 6-2 victory on February 13, 1999. He also skated off with MVP honours in the CHL/NHL Top Prospects game in the late 1990’s. “I have plenty of great recollections about the Gardens,” offered Cleary, who helped organize a recent charity hockey game in Windsor, Ontario. “I think it’s great what they’ve done with it. Hopefully, I’ll be able to have some of the same luck I had at the Gardens.” Cleary, however, won’t be disappointed if he doesn’t light the lamp. “I know most of the guys, either playing with them or against them, or at player meetings, and for the few that I haven’t met yet, I’m looking forward to introducing myself,” he said. “We’re all in the same boat these days. And now, we get to play the game we love and do it in front of the fans. I think it’s a win-win for everyone. We miss it. We really do.”

In the Clear to Round 2