This month, the seven Canadian NHL clubs and their players are bringing a difficult topic to the forefront of the hockey season: mental health and wellness awareness and education. 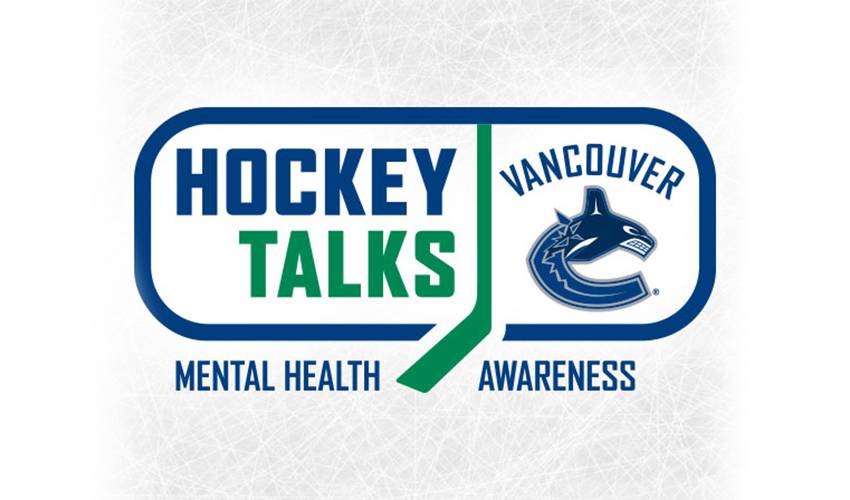 This month, the seven Canadian NHL clubs and their players are bringing a difficult topic to the forefront of the hockey season: mental health and wellness awareness and education. Hockey Talks, a month-long campaign, will build off the fantastic work started by Mindcheck.ca in British Columbia last year, a mental health support tool launched following the tragic death of Rick Rypien.

Rypien, who passed away in August 2011, had endured a challenging battle with mental illness. A fan-favourite in Vancouver, he had signed with the Winnipeg Jets only a month before his passing. His former teammates and NHLPA peers across Canada are working to carry on his legacy through Hockey Talks working with a number of mental health organizations across the country.

“Mental health is obviously an issue that is near and dear to my heart. I think people usually go to their friends first and their friends are usually that channel for the people suffering to vent to and they have to handle that responsibility the right way. Most times they don’t want to break their friend’s trust but it’s so important to let the proper people know about what’s going on. Everybody needs to help out.” - Kevin Bieksa, close friend and former teammate of Rick’s

Spearheaded by the Vancouver Canucks and their players, the project will see each Canadian NHL club host a Hockey Talks night at one of their February home games, encouraging mental health discussion while removing the stigma that is wrongly associated with an often devastating disease. Throughout the month, players will also sport Hockey Talks decals on their helmets, while playing in front of Hockey Talks rink boards.

Tomorrow, the start of #HockeyTalks for the mo. of Feb in which the 7 Cnd NHL teams join to raise awareness for Mental Heath. Join the talk.

Hockey Talks will raise mental health awareness through a variety of outlets, including in-arena messaging, online storytelling, and sharing information and experiences at Hockey Talks game nights. Fans are encouraged to join the conversation by sharing personal experiences or messages of support via social media with the hashtag #HockeyTalks.

NHLPA Members have enthusiastically supported the effort to eliminate the negative stigma surrounding mental illness. Fans are encouraged to visit their respective team’s websites and, in British Columbia, to visit www.Mindcheck.ca for more information on mental health assistance and treatment.