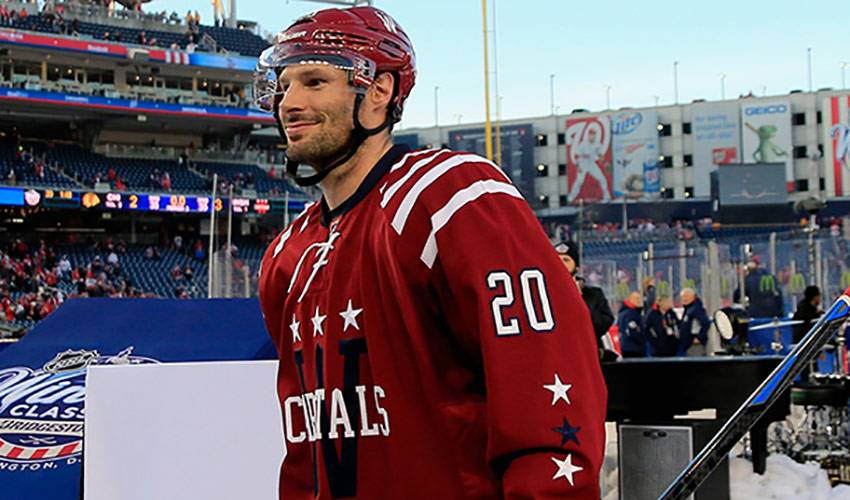 In a tight 2015 Winter Classic on New Year’s Day in Washington, it was a little Brouwer power that ultimately decided the outdoor clash between Washington and Chicago.

With time ticking down in the third period at Nationals Park (home to MLB’s Washington Nationals) and the game tied at two goals apiece, Capitals forward Troy Brouwer netted the game-winning tally, his first goal against his former club.

The power-play marker, with 12.9 seconds left on the clock, set off a wild celebration by Brouwer’s teammates and the 42,000-plus fans in attendance, including some familiar faces.

“It's pretty special, for sure,” said the 29-year-old forward, part of the Blackhawks squad that won the 2010 Stanley Cup. “I've had some good moments in my hockey career, but this one, with all the intangibles, that played a part in it. My parents being able to come into town, playing against my former team, this being the first goal that I scored against my former team and the dramatic fashion at the end of the game of how everything played out, it's going to be a memorable day, a memorable event. The entire lead up to this has been a lot of fun and the finish couldn't have worked out any better for us as a team and for me personally.”

The seventh Winter Classic, with an opening face-off temperature of 43 degrees Fahrenheit, was a see-saw affair that saw Washington jump out to an early 2-0 lead, before Chicago came back to even the score.

A late penalty opened the door for the Caps, setting the stage for Brouwer’s heroics.

“I was trying to go to the net because I knew he (teammate Alex Ovechkin) was shooting and we were running out of time,” recalled Brouwer. “And when I saw the puck laying at his feet when he broke his stick, somebody had to try to keep it alive. So I turned around, threw it to the net.

Brouwer won’t be the only one reliving the victory in the coming years.

“The whole day was unbelievable,” said Ovechkin, a three-time winner of the NHLPA’s Ted Lindsay Award, who skated away with First Star honours. “It has been outstanding. The atmosphere on the ice, since the first second, was unreal. It's a good (experience we’ll remember) for all our lives, and I'm pretty sure I'm going to watch this hockey game. And we'll enjoy it.”

They’ll also remember that the player who gave them the win kept his word.

“I just like when I play against great teams and especially if it's a great atmosphere,” said Ovechkin. “We started talking about the Winter Classic since we started the season. I remember Brouwer said, ‘It's a good time to show up and make a show. He did.’”

And just in the nick of time.