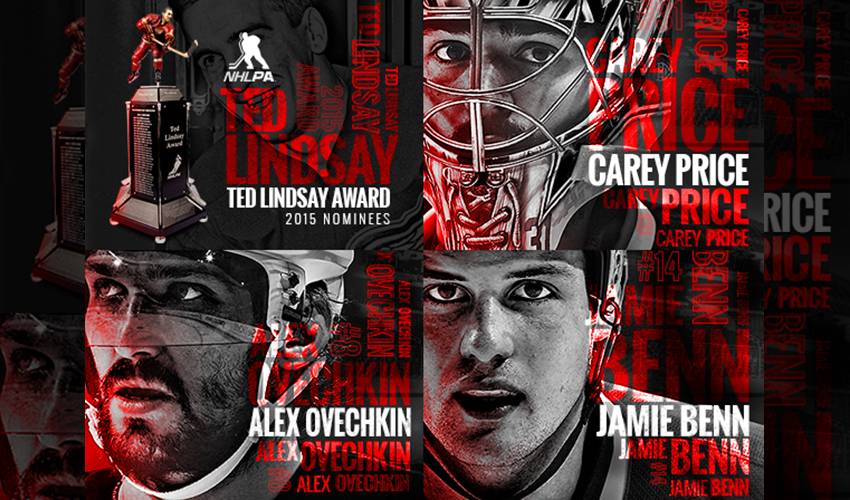 TORONTO (May 5, 2015) – The National Hockey League Players’ Association (NHLPA) announced today the three finalists for the Ted Lindsay Award: forward Jamie Benn of the Dallas Stars, forward Alex Ovechkin of the Washington Capitals and goaltender Carey Price of the Montreal Canadiens. The Ted Lindsay Award is presented annually to the “Most Outstanding Player” in the NHL, as voted by fellow members of the NHLPA.

Benn and Price are each seeking their first Ted Lindsay Award, while Ovechkin is looking to be named the “Most Outstanding Player” by his fellow players for the fourth time in his career. The 2014-15 Ted Lindsay Award recipient will be announced on June 24th during the 2015 NHL Awards from the MGM Grand Garden Arena in Las Vegas.

The following players are finalists for the 2014-15 Ted Lindsay Award (in alphabetical order):