After helping the Canadiens reach the Stanley Cup final in 2021, the 35-year-old Price suffered numerous setbacks in returning to the game. 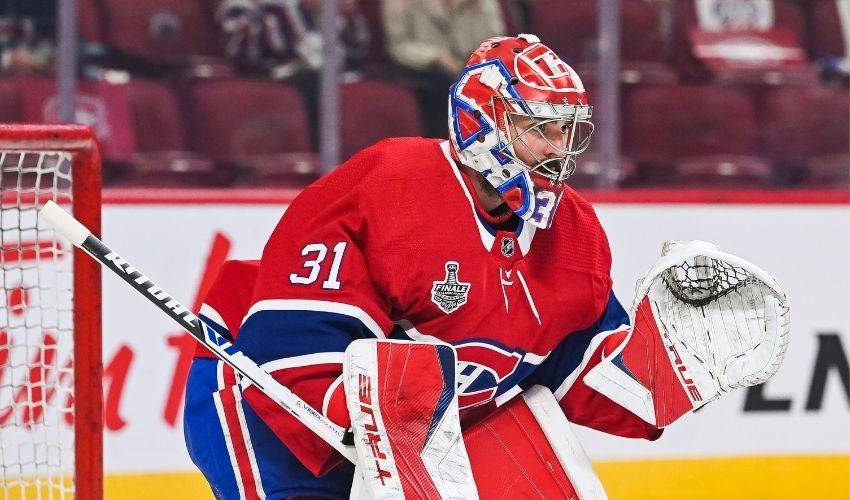 Montreal Canadiens general manager Kent Hughes says news of Carey Price's knee is "discouraging" and that the star goaltender may not play this coming season.

Speaking to reporters after the Canadiens acquired forward Sean Monahan in a trade with Calgary, Hughes said it was unlikely that Price would be able to return without first undergoing surgery, and that rehab alone likely wouldn't be enough.

After helping the Canadiens reach the Stanley Cup final in 2021, the 35-year-old Price suffered numerous setbacks in returning to the game.

The franchise's all-time leader for games and wins by a goaltender underwent knee surgery last summer. The Vezina and Hart Trophy winner in 2015 also sought help from the NHLPA/NHL player assistance program in October for substance abuse.

He won the 2022 Bill Masterton Memorial Trophy given to the NHL player who best exemplifies the qualities of perseverance, sportsmanship and dedication in recognition of his struggle to return to the Canadiens' net.

Price has four years left on his contract at US$31.25 million, though if he is placed on long-term injured reserve it will not count against Montreal's salary cap.

This report by The Canadian Press was first published Aug. 18, 2022.