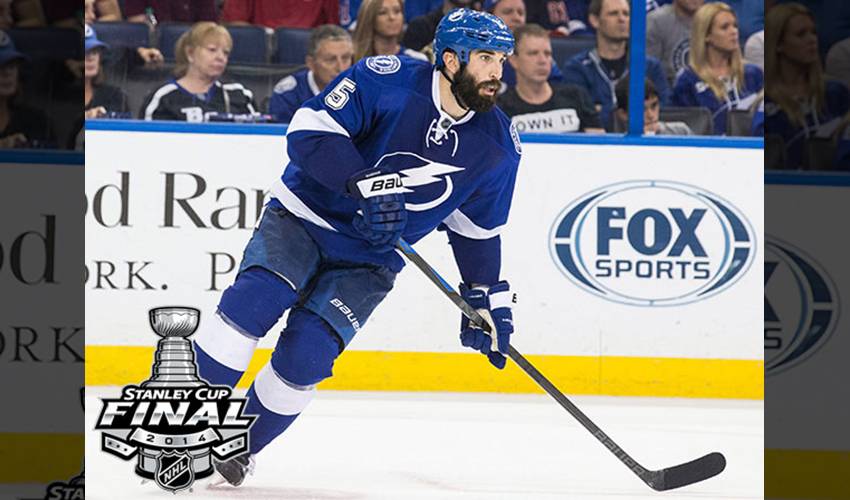 After a tough 2-1 loss on home ice in Game 1, the Lightning, who led the league in goals scored per game (3.16) in the regular season, were looking at ways to inject some offensive punch in an effort to tie their series with the Chicago Blackhawks.

“As defencemen, we've been told to get up the ice, try to be a second wave,” noted the 30-year-old Garrison, who came to the ‘Bolts in a trade last year. “There was an emphasis on that tonight into the game, making sure we were moving our feet, supporting the play as much as possible. I think last game we only were able to have four shots as a defensive corps. We wanted to make sure we contributed more defensively.”

Garrison certainly responded to the gameplan that was set out.

It was the native of White Rock, British Columbia, who scored the game’s winning goal, a power-play blast from the point at 8:49 of the third period.

Rookie goaltender Andrei Vasilevskiy saved the evening for Tampa Bay, stopping all five shots he faced in the third period, after coming in to replace starter Ben Bishop, who had to exit the game on two occasions.

“The game hasn't changed,” said Garrison. “That's the biggest thing for us, is to play our way. Even though there's a lot of stuff going on outside of the game, we’ve got to make sure we focus in on what we're doing each and every night, not try to change anything just for the sake that there's a lot going on outside of the rink. I guess it's kind of rare you see that, but it does happen. When it happens, you got to make sure you go out there and support the goalie coming in.”

Part of that support will be for Garrison and the Lightning’s defensive crew to maintain an offensive spark.

“We have a lot of speed, a lot of guys who can skate,” he offered. “It's our style of hockey, I think. We just add on some defensive structure when we don't have the puck. But, I think moving the puck up as quickly as we can, transitioning as quickly as we can is definitely a strength for us.”

“They're going to get their chances,” said Garrison. “They're most likely going to score goals. It's how you respond after you get scored on or after you score a goal. Big moments in the game.”

Something Jason Garrison would know a thing or two about.