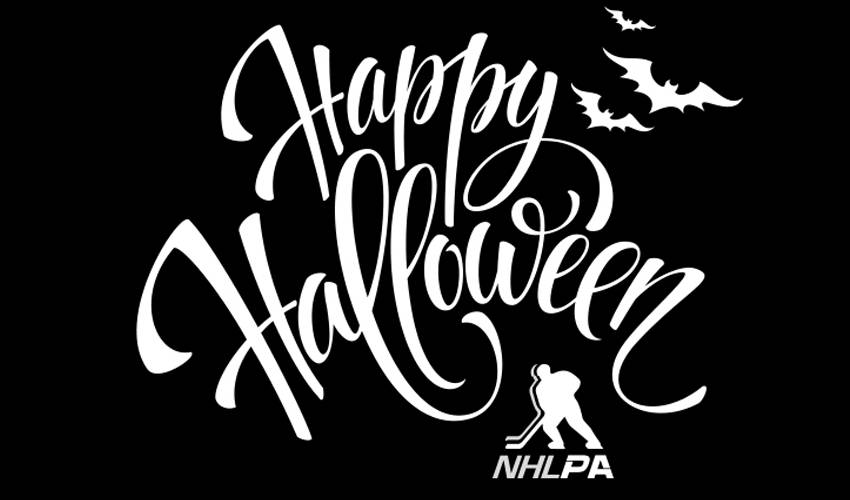 While they still look forward to getting into the spooky spirit of the evening, the players enjoyed the opportunity to look back on their younger days of celebrating October 31st and some of the fashion statements they made with their costumes.

Here are some of the players' favourite Halloween costumes and memories:

“My favourite costume as a kid was the Phantom of the Opera. I loved the phantom and that whole story when I was growing up.”

“I’m pretty sure every year when I was younger, I was always dressed up as a hockey player. I think one year I was Dracula just to switch it up.”

“My favoruite costume when I was growing up was Kevin McCallister (the character from the movie ‘Home Alome’). I liked that one a lot.”

“I can’t really remember anything in particular, but it’s pretty safe to assume I was a hockey player on a few occasions. I’m sure there are plenty of pictures that my mom has.”

“It would be Superman because I could run around in my underwear.”

Many players haven't lost their Halloween spirit in adulthood either. Here are some of the best costumes we've seen so far this week:

My wife and I love Halloween! @cathlaflamme11

A photo posted by Alexander Ovechkin (@aleksandrovechkinofficial) on Oct 24, 2015 at 3:07pm PDT

Guess which Gardiner is which. #powerstance

11:11 has a different meaning for Josh Bailey