11:11 has a different meaning for Josh Bailey 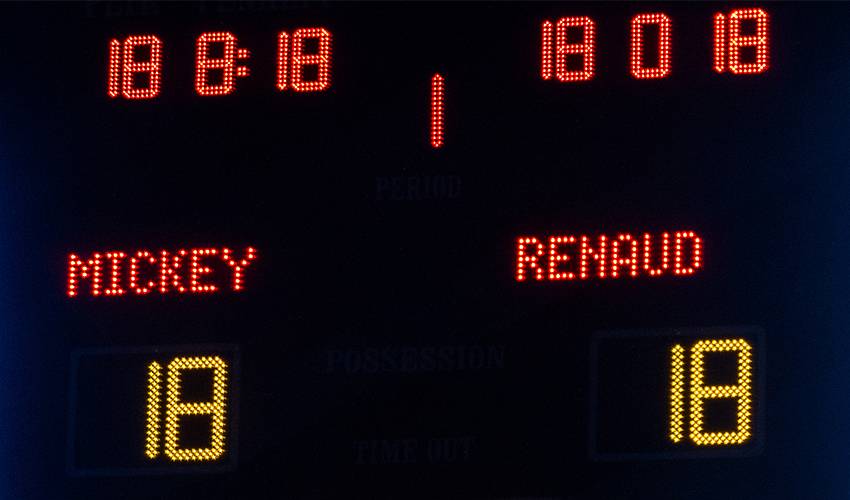 For example, Bailey thinks of his Windsor Spitfires captain when the score clock or his phone or a nearby timepiece reads 11:11 because he remembers Renaud once engaged in a fight at the 11:11 mark of a period.

“It might seem a little random but I remember him getting in a fight and the score clock said 11:11,” Bailey said. “So whenever I see that time I think of him.”

The thoughtful Bailey is not alone with his Renaud recollections, especially this time of year. Monday will mark the 11th anniversary of his unexpected death. The Spitfires will honour him with their annual Mickey Renaud Memorial game against the Owen Sound Attack on Monday.

He passed away on Monday, Feb. 18, 2008. The Spitfires had checked in with an important 4-1 road win in Owen Sound the previous afternoon.

Renaud was enjoying breakfast at his family home in the Windsor area when he collapsed. An autopsy later concluded his death was the result of a condition called hypertrophic cardiomyopathy, a disease in which part of the heart thickens and makes it difficult for the muscle to pump blood.

He was 19 when he succumbed to his rare heart condition. The hockey world was devastated. Renaud was a fifth-round 2007 draft pick of the Calgary Flames and had come into his own in his third season with his hometown Spitfires. He had scored 21 goals and 41 points with 10 regular-season games remaining before his tragic end.

“When asked about Mickey I always describe him as a great guy, one of the best teammates I ever had to this day,” the 29-year-old Bailey said. “He comes from a great family, and was just a lot of fun to be around.”

Renaud was as popular a teammate as you can find. He was passionate about hockey, a character and a natural-born leader.

Many of his teammates from their days together on the Spitfires often think about the impact the late Renaud had on them.

He touched so many like Bailey. Other NHLPA members to play alongside Renaud were Taylor Hall (New Jersey Devils) to Ryan Ellis (Nashville Predators), Adam Henrique (Anaheim Ducks) and Bryan Bickell (formerly the Carolina Hurricanes), who retired two years ago after being diagnosed with multiple sclerosis.

You can see Renaud’s work ethic in Bailey’s play game in and game out. Last season, the latter put up career-high totals with 18 goals, 53 assists for 71 points. He was the Islanders' nomination for the Bill Masterton Memorial Trophy, awarded annually to the player who best exemplifies the qualities of perseverance, sportsmanship and dedication to hockey.

This season, Bailey has helped push the surprising Islanders to the top spot in the Metropolitan Division with less than two months remaining in the regular season.

Bailey and Renaud were teammates for 14 ½ months. The Islanders forward recalled his first interaction with Renaud after Bailey was dealt from Owen Sound to Windsor on Dec. 2, 2006.

“First time I met Mickey I had just been traded to Windsor and met the team in Belleville,” Bailey recalled. “He was one of the first guys to come say hi and welcome me to the team. He seemed very genuine.”

After his death the Spitfires honoured their fallen captain by hanging his No. 18 in the rafters, joining a list of Windsor legends Joel Quenneville and Ellis (6), Gordon Haidy (11), Scott Miller (23), Ernie Godden (15), Bill Bowler and Adam Graves (9), Ed Jovanovski, Steve Ott and Henrique (No. 14) as well as Marcel Pronovost and Hall (4).

The OHL named the Mickey Renaud Captain’s Trophy after him, awarded annually to the captain who best exemplifies leadership on and off the ice, with a passion and dedication to the game of hockey and his community.”

“What made Mickey such a great leader is that it was natural for him,” Bailey said. “He was genuine and cared about everyone. Worked very hard and was so well liked that being a leader was just part of who he was.”