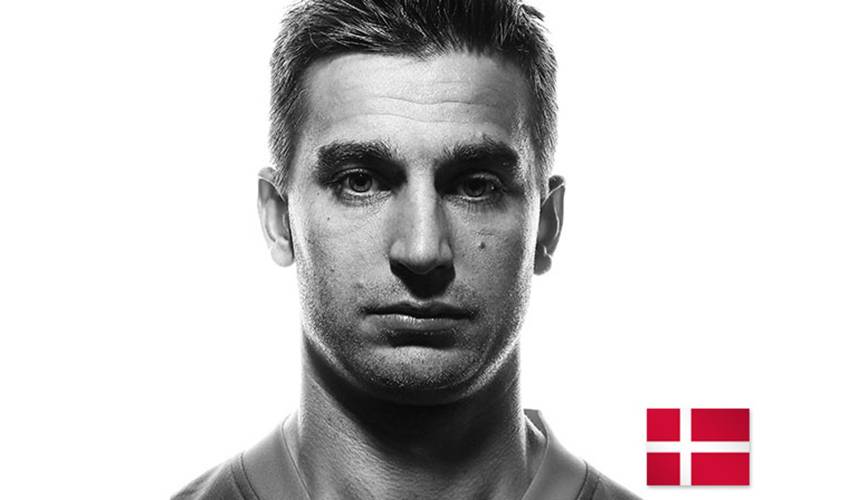 The ambassador of Danish ice hockey. It may be an unofficial title, but for Frans Nielsen, sparking passion for the game in his native Denmark is a role he humbly and happily embraces.

He holds the distinction of being his country’s leader in NHL games played and points scored, a veteran of nine big-league campaigns, all as a member of the New York Islanders.

But, for the man whose name sits atop those lists, doing his part to see more Danish players skating on hockey’s biggest stage is a far more rewarding accomplishment.

“In the past few years, it’s been great to see more Denmark-born guys playing in the NHL,” said the 31-year-old, who has played extensively for his country. “That makes you feel very proud and it also makes you want do what you can to have even more players competing in this league.”

Growing up in Herning, about a three-hour drive from Copenhagen, Denmark’s capital city, Nielsen first strapped on his hockey skates at the age of five.

For the longest time, young Danish hockey players had aspired to play hockey in the Swedish Elite League or with their local teams. Thoughts of trying to make it to the NHL were mostly unheard of.

But hockey times have changed for the country of just over 5.6 million people.

Nielsen, along with fellow Danes, Mikkel Boedker, Lars Eller, Frederik Andersen and Jannik Hansen, have all made their mark in NHL circles.

“We’re all very fortunate to have made it to the NHL,” said Nielsen. “Hopefully, what it does is help develop players back home, to provide them with a bit of a boost and show them what they are capable of achieving.”

It’s a message Nielsen often shares at a hockey school when he returns to Herning in the off-season.

“We work with kids on the ice and then in the classroom,” he noted. “It’s something we do for a week every summer. We talk to them and we encourage them. It’s not a big place where I’m from (just under 50,000 people), but there is a big passion for hockey.”

It’s the place where Nielsen began his love affair with the game. His father, Frits, coached the local team, Blue Fox.

“Herning, it doesn’t get too cold in the winters and there are no lakes to play on, but you always found a place to play,” he said. “I’d go with my dad every day to the local arena, get out on the ice, hang out in the locker room, and just enjoy the whole experience. In the summers, we’d play hockey on our rollerblades.”

Now, some 20-plus years later, Nielsen is a fixture on the Islanders, a respected leader revered for his work ethic and unselfish play.

He takes great pride in wearing the ‘A’ on his jersey.

“For me, it means a lot,” said Nielsen. “I’m very lucky to have such great support from my teammates and from everyone back home.”

And whenever he does go back home, when he meet the young kids at the hockey school in his hometown, Nielsen never forgets to give them a pat on the back and a few words of encouragement.

It’s just what you’d expect from the ambassador of Danish ice hockey.

An unforgettable worlds in hometown for Nielsen

What other sports did Frans Nielsen play as a kid? Where did he work after school? What’s the one thing he misses most about Herning, Denmark? Find out in this edition of NHLPA.com’s My Top 5.

Nielsen Revved Up About Playing In Motor City