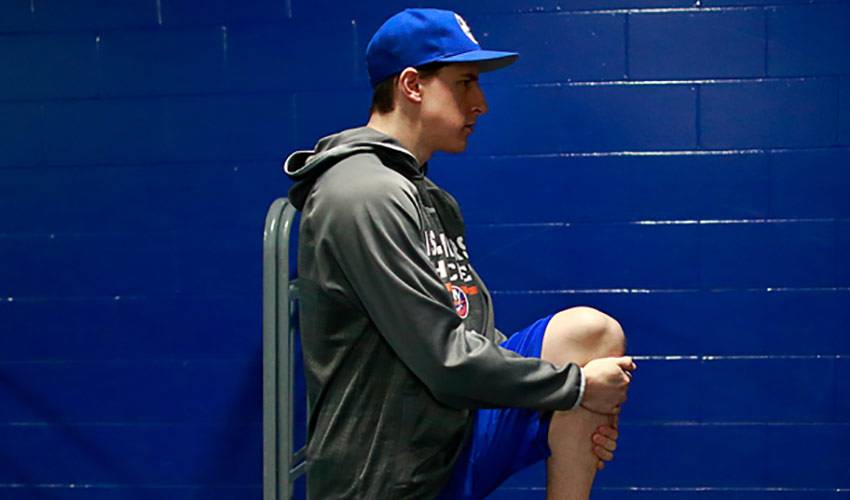 Ryan Strome has received dozens of phone and text messages since his trade to Edmonton. The 23-year-old has also sent a few of his own, including one to remind a former teammate and friend about their upcoming Battle of Alberta.

When he heard that Travis Hamonic had been dealt from the New York Islanders to the Calgary Flames on June 24, Strome, who was traded to the Edmonton Oilers two days earlier, grabbed his phone and reached out to the defenceman.

“I knew the first game of the season was Edmonton against Calgary, so I texted Travis when the trade was announced and told him I’ll see him on the ice on October 4,” said Strome. “It’s a great way to start things with the Oilers. It doesn’t get much better than opening night against the Flames.”

Strome’s phone has been working overtime since the deal that sent the 5th overall pick in 2011 to Edmonton in exchange for forward Jordan Eberle.

“I’m overwhelmed by how many people have reached out,” said the Ontario native, who skated in 258 regular season games with the Islanders. “I’ve had a lot of friends call or text me. My buddies are super excited. I’m in a group chat with some of my friends and they’re already planning out flights to Edmonton. My parents are over the moon and my brothers (Dylan and Matthew) are thrilled, too.”

“That’s just what you’d expect from the hockey community,” said Strome. “The hockey world is very tight-knit and it was great to hear from a lot of the guys. There’s so much to look forward to. I wish the season was starting tomorrow.”

“The hardest part is the great friendships that you made,” he said. “It’s a great group. But it’s easier knowing that those guys will be your friends forever.”

Not surprisingly, Strome scanned Edmonton’s regular season schedule for one game in particular.

“That was the first date I looked at,” he said, of Edmonton’s road game against New York on November 7. “It will be a little weird playing against them for the first time, but it will be a lot of fun, too.”

Strome hasn’t had to deal with a lot of change throughout his time in hockey, including before his NHL playing days.

His girlfriend compared his move to Alberta to days spent in the classroom.

“She said it’s like going to Grade 9 all over again, when you move from grade school to a new high school,” said Strome. “But change is a good thing. I’ve been smiling ear-to-ear a lot.”

He’s also trying to keep up with all the messages that continue to come in.

“The support has been amazing,” said Strome. “It’s a new chapter in my career and I’m lucky to have so many people reach out and to support me.”