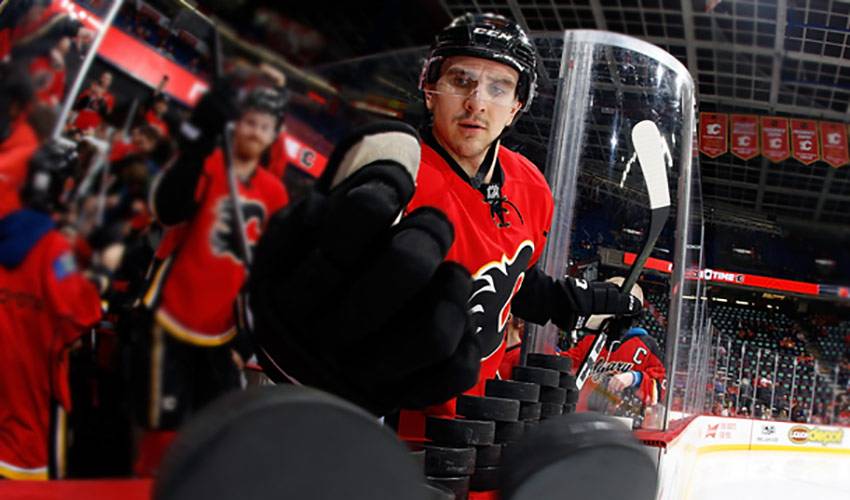 “We have a lot of good hockey fans in Västerås as well as a ton of support from lots of sponsors around the city,” said the Flames forward. “The organization has always helped me and their hockey program is really good. I spent my whole career playing for Västerås before heading over to North America.”

Backlund, who made his NHL debut in 2008-09, enjoyed a decorated career with Västerås. In 2006, he was the TV-pucken Sven Tumba Award recipient as top forward.

There are plenty of other fond recollections Backlund has from his early days living in the city of roughly 145,000 people.

“My best memories growing up are playing a ton of street hockey outside my childhood home all year long,” said the 24th overall pick of the Flames in 2007, who has two World Junior Championship silver medals and one World Championship silver. “I've spent lots of hours also swimming or playing around in the lake in my hometown. I also love spending time with family and friends at our lake house or going out for dinner at different really good restaurants.”

When he’s not soaking up the sights, sounds or fare Västerås offers, Backlund will often head to Stockholm to visit family and friends.

“I also like to spend time in Stockholm where one of my sisters lives and a few of my closest friends are,” he said. “We also really enjoy travelling around Europe. Italy and France are on top of that list.”

As for his hockey wish list, Backlund will be hoping to duplicate his strong 2016-17 season, while playing his part in helping the Flames avoid a repeat of their Stanley Cup Playoffs disappointment.

Backlund put up impressive numbers across the board in his most recent campaign, netting career-high marks in goals (22), assists (31), points (53), power-play goals (seven) and game-winning goals (seven).

The versatile centreman was acknowledged for his stellar defensive play when he finished fourth in balloting for the Frank J. Selke award given to the forward ‘who best excels in the defensive aspects of the game.

On the opposite end of the spectrum, Calgary was eliminated in four straight games by Anaheim in the first round of the Stanley Cup Playoffs.

It’s a major reason as to why Backlund is eager to get the season underway. The Flames start their campaign against rival Edmonton on October 4.

“I’m really looking forward to it,” he said. “Hopefully, we can have a big year.”