“With mental health, it’s such a personal thing and it’s almost selfish in your eyes to make it about yourself." 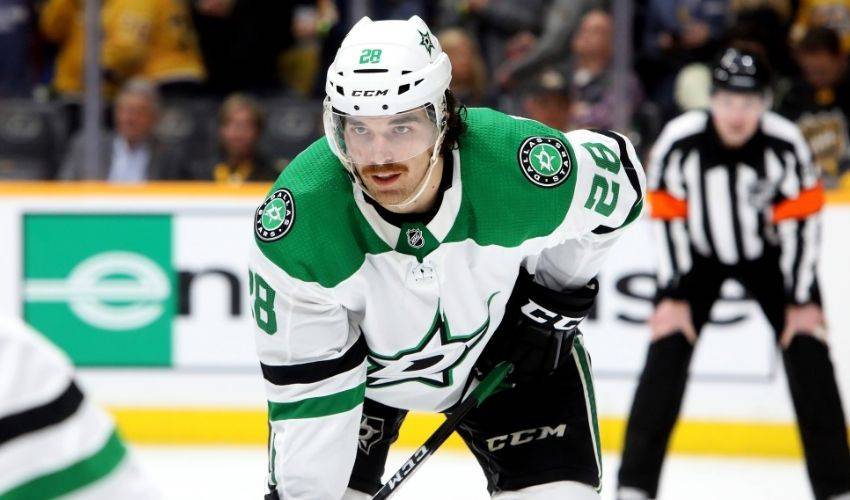 Stephen Johns worked out at the rink, trying to get back to playing after a concussion. Dallas Stars teammates asked how he was doing but never quite understood.

“They kind of went on about their days not really knowing what was really going on, kind of the thoughts I was having and the severity of the depression and anxiety,” Johns said. “Once I started being more open about it, guys would come out and say, ‘Man, I had no idea you were going through that,’ and ‘I wish I would’ve known, wish I could’ve helped.’”

Johns figured out last year he couldn’t keep playing hockey, hung up his ice skates and eventually strapped on rollerblades with the goal of helping others. The 29-year-old who recently announced his retirement from the NHL is rollerblading across the U.S. and making a movie about it to bring awareness to depression and anxiety, which could be another major stride for a sport still trying to raise acceptance and management of mental health concerns.

“With mental health, it’s such a personal thing and it’s almost selfish in your eyes to make it about yourself,” Johns said by phone while traveling across South Dakota. “There’s a lot that needs to be talked about and changed.”

The deaths of players Derek Boogaard, Rick Rypien and Wade Belak within a five-month span a decade ago put fighting and head trauma in the NHL on the front burner and began to push mental health to the forefront. But hockey has been seen as slow to address this very specific “upper-body” injury.

“Ice hockey is about the last major sport to accept sports psychology and mental skills training," said Ted Monnich, a retired goaltender-turned-sports psychology consultant who works with athletes and specializes in the mental needs of hockey goalies. “And that tends to be because it’s very insular and is a bit resistant to outside intervention."

While tennis’ Naomi Osaka, swimming’s Michael Phelps and basketball’s Kevin Durant have put mental health among athletes in the spotlight, Johns and Vegas goaltender Robin Lehner are leading the charge to bring hockey up to speed. Lehner has shared his own mental struggles and been a proponent of fellow players talking about their problems.

“There are tools all the teams and organizations and stuff can implement to help with those things and make it better for their employees and players,” Lehner said Saturday. “We need as many people as possibly shining light on it. It’s something we all go through at certain stages and in different ways."

It struck Johns on what he called probably the worst night of his life. It was Aug. 8, 2020, in the bubble playoffs in Edmonton, and he was a few shifts into his fourth NHL game after an absence of more than two years because of post-concussion syndrome.

He realized immediately when he got to the bench he couldn’t play anymore. Johns called his mother, cried and that was it.

“I knew my career was over in that moment,” he said. “That was pretty taxing on the soul.”

In the months since, Johns felt himself becoming self-destructive and said he ruined the relationship he built over four years with his girlfriend and lost many friends. Realizing he “let anxiety and depression pretty much strip away everything,” Johns decided to 'blade across the country so others in the sport and beyond could know his story and learn from it.

It’s something experts believe can help other athletes avoid a similar result. Dr. Kensa Gunter appreciates any steps that help sports crack the stigma of mental health that is even deeper than in society.

“We have to expand our idea that toughness is not just about powering through,” said Gunter, who is certified as a mental performance consultant by the Association for Applied Sport Psychology. "It is sometimes about asking for help and learning how to manage what’s going on so that you can continue to move forward.”

The NHL and NHL Players’ Association founded the Player Assistance Program in 1996 to give members ongoing assistance in their daily lives. Professional counselors are available in each NHL city, there’s a confidential phone line to call for help and the union added health and wellness team for extra assistance during the pandemic.

“No different than if they blow a knee — it’s all health,” said Monnich, who is also an adviser for “Lift the Mask,” an organization dedicated to providing free mental health and performance resources for goalies. "(We) provide resources and we even provide fees for them to be able to see a consultant if they need that assistance and we can then refer them to counselors or therapists.”

That kind of help is needed, based on research done among Olympic and collegiate athletes. Trent Petrie, professor and director of the Center for Sports Psychology at the University of North Texas, said elite athletes “report levels of depression, anxiety, substance use, sleep disturbances that are comparable to the general population and in some cases higher than.”

Osaka, Phelps, Durant and others have brought those things to light in other sports. In hockey, Johns’ history of concussions and head trauma add another layer to the issue, with prominent voices like Hall of Fame goaltender Ken Dryden making the case to penalize any kind of head contact, even if unintentional.

“When you talk about the impact of something like a concussion or head trauma, we know that there is such thing as post-concussive syndrome and we know that with that there may be some emotional impacts of that physical trauma,” Gunter said. “Wwe have to be more aware of attending to all of it at all times as opposed to separating a physical injury out from an emotional concern.”

It all blended together for Johns, who recently “started getting some dark thoughts again and was going down a bad path.” After coming to grips that mental illness “truly is a sickness” like any other physical ailment, Johns figured he could do something about it with his cross-country journey that he hopes to complete in early July, before the Stanley Cup is handed out.

“As soon as I announced what I was doing, I realized that this wasn’t even almost about me,” he said. “It’s way bigger than me."