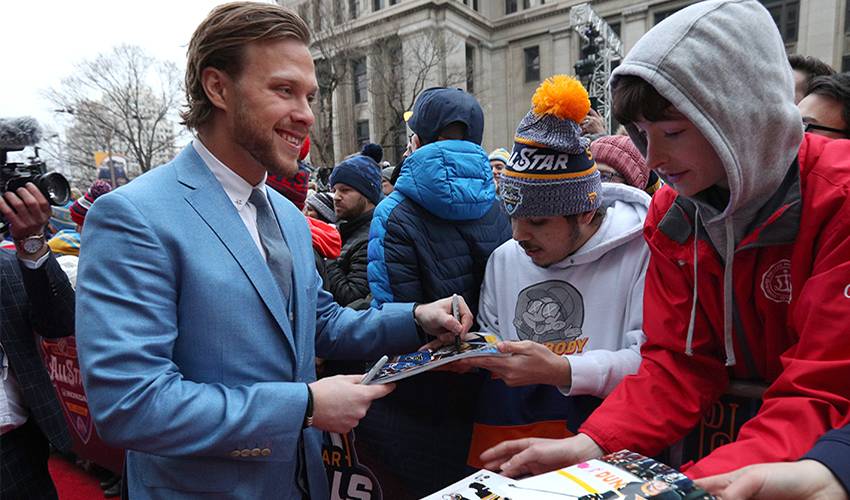 Tied with three-time Ted Lindsay Award recipient Alexander Ovechkin for the league lead in goals (48), Pastrnak was hoping for a little friendly competition when he took to Instagram to call on hockey fans and gamers to join him to play Fortnite, the wildly popular online video game.

With the NHL on pause due to the COVID-19 pandemic, it proved to be the perfect way for the Boston Bruins star and avid gamer to escape the tedium of self-isolation for a few hours.

With no arena filled with fans to go to, @NHLBruins star David Pastrnak invited people to play Fortnite with him online. https://t.co/FCgzEhgE5t

“There are not many guys on the team playing video games right now,” Pastrnak told NHLPA.com. “I used to play with Torey (Krug) and Jake (DeBrusk), but Torey has a kid now, so we haven’t been playing that much. I don’t enjoy playing them (video games) by myself, and there isn’t much for us to do now, so I put it out there if anyone wanted to play. It was just something that I felt would be nice to keep that relationship with the fans going, and enjoy some time playing video games. Fortnite is a great game and it’s a fun way to relax.”

The Czech Republic native, who has 379 points in 390 NHL games, didn’t quite know what to expect in terms of a response to his invitation, but the man with 387,000 Instagram followers quickly got his answer.

“I received a lot of messages and it was fun,” said Pastrnak, who was never a big video game guy before his teammates, including DeBrusk, got him involved. “There were a lot of good people and they were very happy. That was exciting, to see how happy people were to be part of it. We were able to play and talk a little bit as well.”

Enjoying his best offensive season to date, Pastrnak, who has 95 points, including a league best 10 game-winning goals, in 70 games, acknowledged the coronavirus outbreak has been tough to contend with in a lot of ways.

That prompted another message he wanted to share with fans.

“This whole things is bigger than the game itself and bigger than us. It’s happening all over the world and affecting so many people. I want people to stay safe, to take care of yourself and take care of others. We love playing the game for the fans, but this bigger than us, and we need to face this. We’re going to be back – and I can’t wait for that – but for now, just stay home with your family, stay safe and stay healthy. That’s the biggest thing… nothing is more important than your health.”