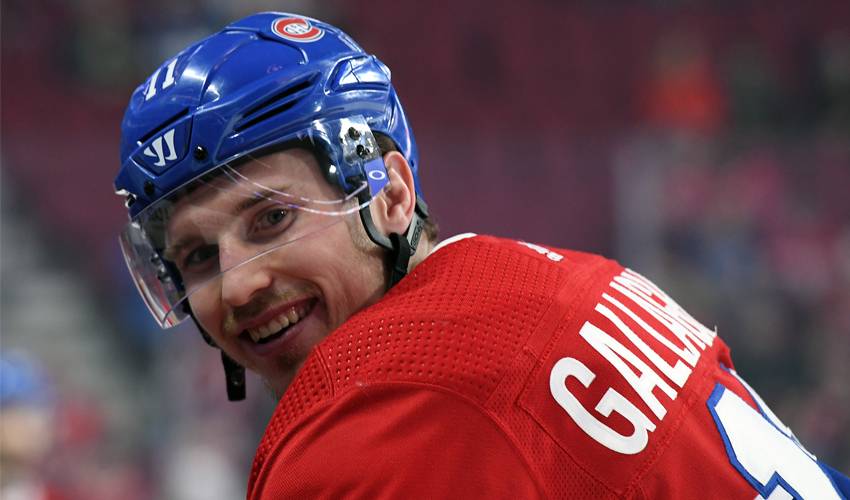 It was during an American Hockey League game on November 19, 2016 when Cunningham, playing with the Tucson Roadrunners, suffered a cardiac arrest on the ice before the game got underway.

His heart stopped for 83 minutes, but with the aid of local first responders and medical personnel, Cunningham defied the odds and survived.

Despite having to retire from the game after his left leg had to be amputated, Cunningham’s love for hockey hasn’t diminished.

Now a scout with the Arizona Coyotes organization, Cunningham, along with Dr. Khalpey, is helping to save lives through the “All Heart Foundation,” as well educating others about the prevention of sudden cardiac arrests.

Craig Cunningham giving back to the game, “All Heart Camp” underway at Delta Planet Ice. Cunner helping players like Bowen Byram and others get ready for NHL camps. All proceeds go to ⁦@HeartCraig⁩ to raise funds and awareness. pic.twitter.com/zOlhycB7Fy

“It’s the second year we’ve done it now,” Gallagher told NHLPA.com. “It’s great for us players to do. It helps us get ready for when we head off to our hockey cities for camp. It helps get your compete level up. But the main purpose as to why we do it is for “Cunner.” It’s a chance to raise money and awareness for his foundation, obviously something that means a lot to him. And when it means a lot to him, it means a lot to us. For everything he’s gone through… he’s handled it so well.”

Cunningham, former captain of the Giants, played a total of 63 NHL games, 34 with Boston, 29 with Arizona. In his rookie WHL season, 2006-07, he won a Memorial Cup with Vancouver, and in his second last junior campaign, he scored 37 goals and recorded 97 points in 72 games.

On June 12, 2017, his story was shared through the ESPN feature, "Craig Cunningham: Life Over Limb."

For Gallagher, the man he played beside in junior remains a daily source of inspiration.

“The type of person that he is, you just know that if we needed him in any way, he’d do it without hesitation,” said the Montreal Canadiens forward. “I still remember the day I found out what happened. It was after one of our games and I got a text from our agent letting me know Connor had a heart attack. At that point, there was a 50-50 chance he was going to survive. There’s not much I remember after that, other than staring at my phone waiting for updates.

“A lot of thoughts go through your head. You knew "Cunner" was one thing from his playing career, in how he played the game, and who he was as a person – he was a fighter. You knew he would find a way to beat the whole thing, which he eventually did. But it didn’t come without some scary moments. To handle it as well as he has, he’s understood that there’s not much he can change now, other than to embrace it, and try to find ways to help people.”

On August 29, Gallagher took to social media to thank Cunningham for the opportunity to skate at his camp, and to shine a light on the foundation.

“The hockey community is a pretty special thing to be a part of,” said the 27-year-old. “Whenever someone needs you, or you need someone else, I think everyone is typically there. It doesn’t matter the battles you have on the ice, you’re able to put that aside and understand what’s important and what’s the right thing to do. For the guys that came out to support “Cunner,” it’s a chance to help make a positive impact on him and his foundation. From being so close with him, I know he really appreciates it.”