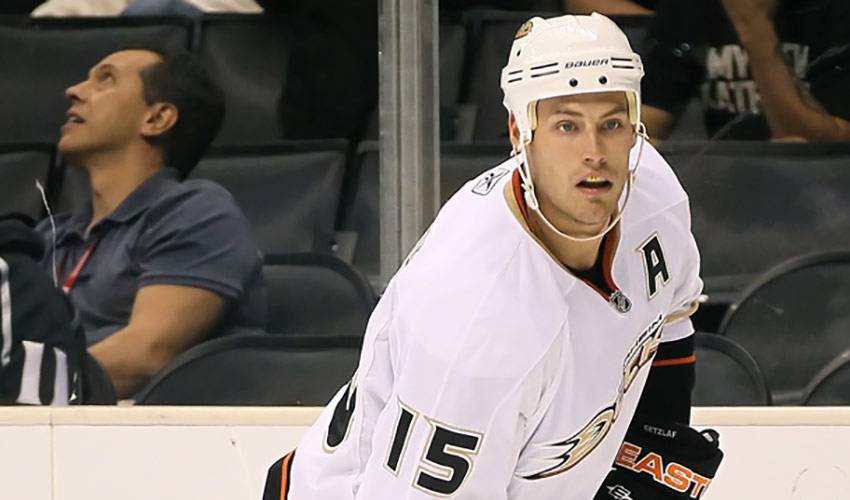 After another long season for Leafs fans in 2009-10, the corner appears to have been turned in Toronto. The summer saw some major acquisitions by GM Brian Burke, adding stalwart players like Kris Versteeg, Colby Armstrong, Brett Lebda and Clarke MacArthur to a young and hungry lineup that already included the likes of Phil Kessel, Dion Phaneuf and Tyler Bozak. The new group seems to be developing some identity and chemistry early in 2010-11, starting the season an impressive 3-0-0,  with wins over Montreal, Ottawa and Pittsburgh. Displaying the ability to beat three post-season teams from a year ago in the early stages of October bodes well for the Leafs and their fans as they look to get back to the playoffs for the first time since before the 2004-05 owners' lockout.

As the #2 overall pick in the 2010 NHL Entry Draft, everyone in hockey knows what kind of skill Tyler Seguin will be bringing to the  Boston Bruins for the next few years. Tyler used all of that skill in scoring his first NHL goal this past week, a goal that came during the Premiere Games in Prague, Czech Republic. In the 3rd period of the second game in Prague, Tyler took a high flip-pass at centre-ice, caught it in full stride, dropped it down to his stick and skated in alone on Coyotes netminder Ilya Bryzgalov. Then, with a defenceman on his back, Seguin deked to his backhand at full speed and put the puck in off the post for his first career goal. This goal sealed the 3-0 victory for the Bruins and sent the team home on its trans-Atlantic flight with smiles on their faces. The goal was an awesome display of Tyler's abilities and a foreshadowing of what it is likely to come in his NHL career.

All young hockey players dream of one day making it all the way to the NHL and displaying their talents on the biggest stage in hockey. Derek Stepan was one of many NHL rookies to realize this dream this past week and he certainly made the most of it. With his family looking on, Derek achieved a feat that only three other players before him have known by scoring a hat-trick in his first NHL game. Stepan, the Rangers 2nd round pick in 2008, was in all the right spots against the Sabres on opening night, scoring on a tip-in, an in-tight rebound and a one-timer from the slot. This milestone is the fourth in NHL history and Stepan is the first player to do it since Fabian Brunnstrom notched a hat-trick in his first NHL game with Dallas in 2008. Congratulations to Derek from NHLPA.com on this historic achievement.

After a slow start to the 2010-11 season for the Ducks, and specifically for Getzlaf and his linemates Corey Perry and Bobby Ryan, the newly named Anaheim captain showed why he is considered one of the premiere power-forwards in the NHL today. With his team trailing the Canucks 3-2 in the third period of their home-opener on Wednesday night, Getzlaf set up the tying and go-ahead goals, to give the Ducks a 4-3 win. Those two assists came on the heels of a power-play goal and an assist that Getzlaf collected earlier in the game to keep the Ducks in the game.

“It would have been nice if it was a different one.” - Flyers defenceman Chris Pronger on watching the Eastern Conference Championship banner raised to the rafters in Philadelphia and the attitude that spurs on all NHL players to achieve their ultimate goal. .

From what he'd be doing if he weren't playing professional hockey to his favourite thing about his home town, get to know No. 91!