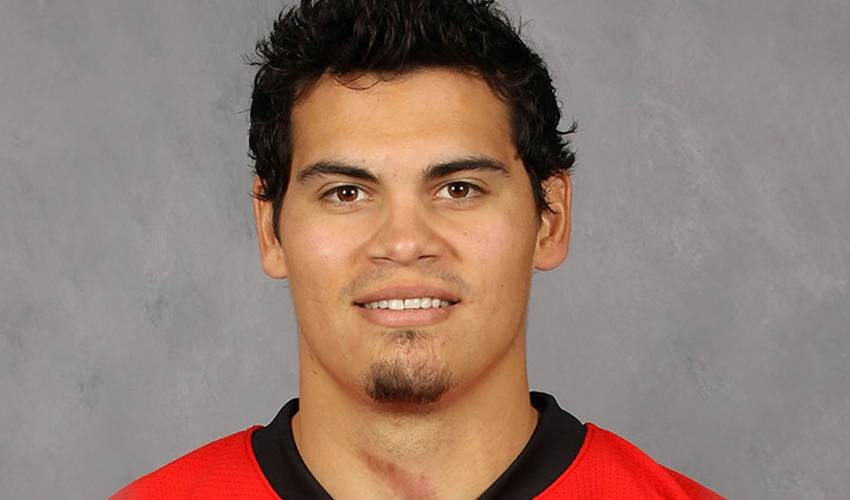 The Calgary Flames have an interesting mix of talent in their line-up this season and are undoubtedly looking forchemistry to develop and for the players to continue to fulfill their potential at hockey’s highest level. Rene Bourque is certainly the type of player that the Flames need to be at the top of his game in 2010-11 if the club is going to take a run at the top of the tough Western Conference. Bourque, a player who combines a special combination of size, speed and scoring ability, has battled some injuries that has kept him out of the line-up at times over the past few seasons, but has shown flashes of the elite skill level and strength that can make him a dominant player. After posting career highs in goals (27), assists (31) and points (58) in 2009-10, Bourque came into this season ready to continue to make his mark, and he has without question enjoyed the start he and the Flames were looking for. After missing two games with a reported head injury, Bourque has returned to the Flames line-up like a ball of fire. He has seven points in six games to start this season, including five goals in his past two games, leading the team to wins over Columbus and San Jose. Rene has been taking control of games early on this season and you can bet that the Flames players and coaches will be doing anything and everything they can to help him keep his strong play rolling.