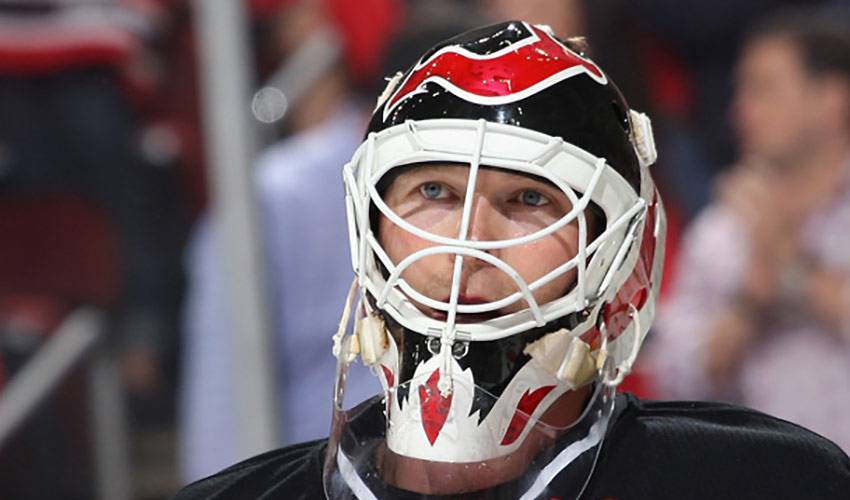 Just when it looked as though the Stanley Cup hopes of New Jersey were over, Martin Brodeur saved the day…literally.

Down three games to none with seemingly little hope of staving off Los Angeles from winning their first championship, the Devils, led by their future Hall of Fame goaltender, silenced a packed Staples Center and boosted their confidence with a 3-1 win in Game 4.

Brodeur, who already has three Stanley Cup rings, was a force throughout the game, turning away premium scoring chances time and again, including a breakaway opportunity for Simon Gagne.

“I don't really look at saves or things that I make because it's so hard, because the next shot is the next big save I need to make,” said Brodeur, who holds a slew of NHL records, including the all-time leader in regular season wins, shutouts, and games played, while holding several other league and franchise records. “It was just kind of a break that he got. He's got so much speed. He was coming hard. I just held my ground there, took a shot, made a pad save there, gave up a rebound in the middle of the slot there. All our players were there.{{QUOTE}}

“I think the team spirit for everybody, when they see you're making a big save like that in a certain time of the game, it brings everybody up. But we only had three shots in the second period. That's not the way we wanted to respond from that. But we played better in the third.”

It was a vintage performance from a performer that continues to shine, especially in the big games.

A four-time Vezina Trophy (top goalie) winner, a five-time Jennings Trophy (team with fewest goal allowed in a season) honoree, a 10-time All-Star, a Calder Memorial Trophy (rookie of the year) winner, Brodeur has been a stabilizing force on a Devils team that wasn't given much chance to make it to the finals.

Yet, here they are.

And despite the long haul of the regular season and the often overwhelming intensity of the playoffs, Brodeur is relishing every minute of it.

“It's just being in the moment,” said the Quebec native, who has two Olympic gold medals with Team Canada, in the 2002 and 2010 Winter Olympic Games. Every situation is different. You can look back. When you do play the game, it's what's happening in front of you, some of the players that are creating their own things out there. It's really hard while you're playing to really think about other things, even though some of them are successful, some are not. But for me, it's living in the moment, living these experiences with these guys. That's what hockey is all about, it's about living the moment.”

He's hoping it's not about to end anytime soon, starting with Game Five on the Devils' home ice.

“I think we wanted to make them jump on a plane and come to New Jersey,” said Brodeur. “We had to go anyway…might as well get a game over there. But I think it's a tough situation, you know, for us to be in. We pulled it off, one game. We'll take it one game at a time. But I'm sure they're not happy to make that trip. We'll try to make it miserable for them again. Played them well, played them hard. We'll see where the result is going to end up. We definitely are looking forward to the next game and some of the momentum.”

With one of hockey's best backstoppers leading the rally cry.