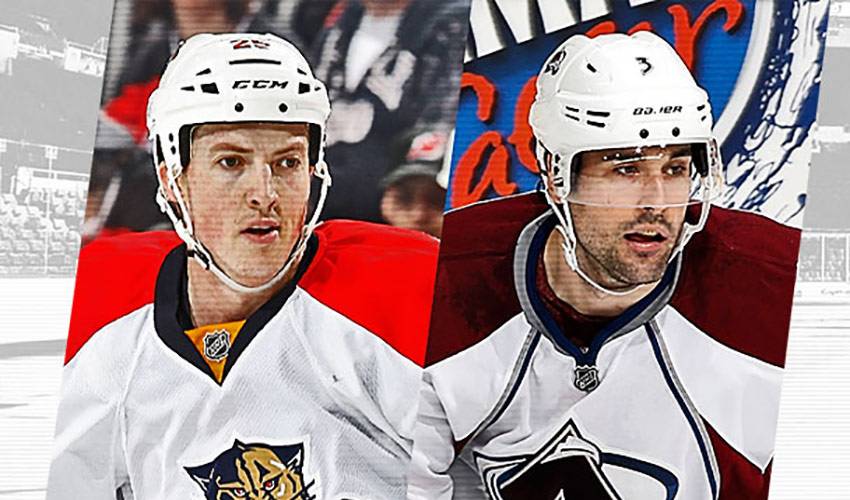 For the players who were dealt during this year’s Trade Deadline, it’s a lot more than just changing jerseys.

It started out slowly and ended with a flurry of deals. After a quiet beginning, the final hours leading up to the deadline on Wednesday saw 17 trades made, including Jerred Smithson heading to Edmonton from Florida and Ryan O’Byrne going to Toronto via Colorado. For those moved, it means new teammates, new opportunities and new challenges. Beyond the optimism, behind the scenes and before they skate with their new club, however, it presents a few challenges. Just ask Jerred Smithson. The winger found out he was traded to the Oilers on the same day he and his wife were expecting their first child. Needless to say, it was a whirlwind day for the veteran of 578 games. “It’s been pretty crazy,” Smithson told NHLPA.com less than an hour after he received the news. “You find out your traded, you’re on the way to the hospital to have your child delivered – it’s been a day you won’t forget.” Through it all, however, Smithson, who went undrafted before starting his NHL career with Los Angeles in 2002-03, found ample reason to be excited at joining the Western Conference club. “The first thing that really stands out for me is the support from my wife,” he noted. “I’m thrilled at the chance to play for a young team that is heading in such a good direction. I’m happy and it’s a good opportunity. But my wife, who obviously has her mind on other things, has always stood by me. This day was no different.” Among the endless stream of phone and text messages received, Smithson, one of the league’s top faceoff men, also heard from a pair of new teammates. “Ryan Jones and Ryan Smyth called to welcome me to the team,” he said. “That was really classy on their part. But that’s the way hockey players are. I really appreciated them reaching out like that.” As to where and when he’ll play his first game as an Oiler is uncertain, but Smithson is eager to pull the Edmonton sweater over his head for the first time. “They told me family comes first and to take care of what I need to,” noted Smithson. “I can’t wait to start this new chapter in my career. Hopefully, I can bring some strong defensive play and do whatever I can to help the team be successful.” Ryan O’Byrne laughs when he tells you he might have been the second-most excited person to find out he was the newest member of the Toronto Maple Leafs. He knew there was a good chance he would be traded, but as to where it would be, O’Byrne had no idea. So, when the call came in from his agent telling him it was Toronto, the 6’5” defenceman reached out to his father. “He’s a huge Leafs fan, so when I got drafted by Montreal, it probably stung him a bit,” said O’Byrne, who was selected 79th overall by the Canadiens in 2003. “He’s excited for me. And I’m excited, too. I thought there was a possibility of me being moved. It’s all part of the game. I really enjoyed it in Colorado and I’m pumped about going to Toronto.” Father and son kept in close contact via text throughout Wednesday. “He kept me in the loop,” recalled O’Byrne. “I got the news after the 3 p.m. deadline. There were lots of messages back and forth. When we didn’t hear before 3, my dad messaged me and said, ‘Are you still in Colorado?’ I called him a little bit after and told him I was traded to Toronto.” Hectic is an apt way to describe the hours after O’Byrne got the news. “There are so many things going on afterwards,” said the native of Victoria, British Columbia. “You look around and start thinking, ‘Okay, I’ve got to leave my car and apartment, get a flight and get going.’ One minute I’m sitting on my deck and the next minute, you’re running around getting things in order.” He’s certainly not complaining. “Not at all,” said O’Byrne, who will be reunited in Toronto with former Avalanche defensive partner, Jean-Michael Liles. “It can happen to anyone. It gets crazy for a little while, but there’s a lot to look forward to.” Not only for O’Byrne, but also for someone who has had a significant impact on his career. “I’m excited and I know my dad is,” said the 28-year-old. “I remember coming to Toronto when I was with the Canadiens. It was a great atmosphere. The building had so much energy and it was so intense. They’ve got a really solid team with great players.” An opportunity Ryan O’Byrne wouldn’t trade for anything.