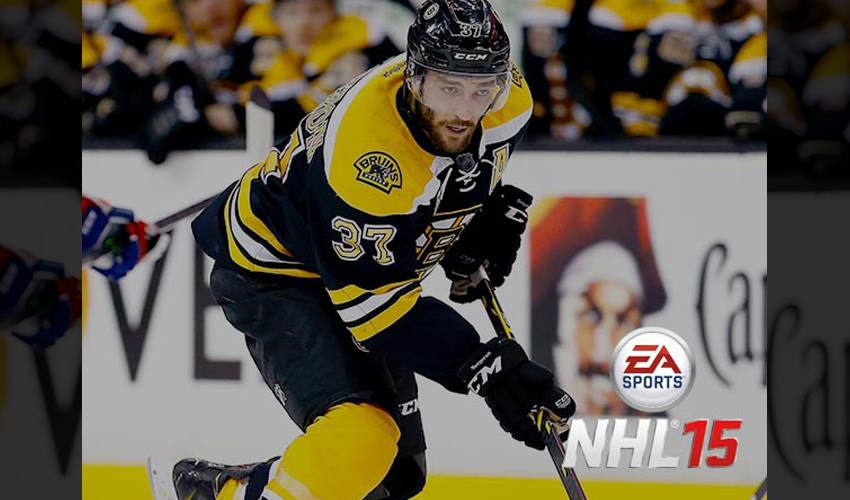 “Being featured on the cover of NHL 15 is a dream come true,” said Bruins center Patrice Bergeron. “The fact that the cover is selected entirely by fans is an incredible feeling. The passion and support from hockey fans, especially Bruins fans, is unlike any other sport and I’m so grateful to everyone who voted for me.”

"Congratulations to Patrice Bergeron for being chosen by the fans as the EA SPORTS NHL 15 cover athlete," said Adam Larry, NHLPA Director of Licensing and Associate Counsel. "We enjoyed seeing the passion that fans displayed in supporting the eight NHL players participating in this year’s NHL 15 vote campaign, as well as the entertaining activations from the players who were vying for the title. This program is a great way to kick off a big year for the NHL videogame franchise.”

“We would like to congratulate Patrice on this incredible honor and to recognize the outstanding fan support that helped him earn the NHL 15 cover distinction,” said Dave McCarthy, NHL Vice President of Consumer Products Marketing. “Once again, we were amazed with the level of engagement, creativity and support exhibited by our teams and our fans that truly exemplified the unrivaled level of passion and commitment only found in the NHL.”

NHL 15 ushers in an exciting new era of hockey videogames with the most detailed and authentic hockey experience ever delivered. Introducing true collision physics for all 12 players on the ice, NHL 15 delivers a level of realism for a new generation of game consoles that allows players to be immersed in the sights, sounds and feel of the sport like never before. Players can now look, move, play and think like an NHL athlete with detailed new player modeling and an expansive new set of tools, including the Superstar Skill Stick and Vision AI that heighten on-ice control and player intelligence.