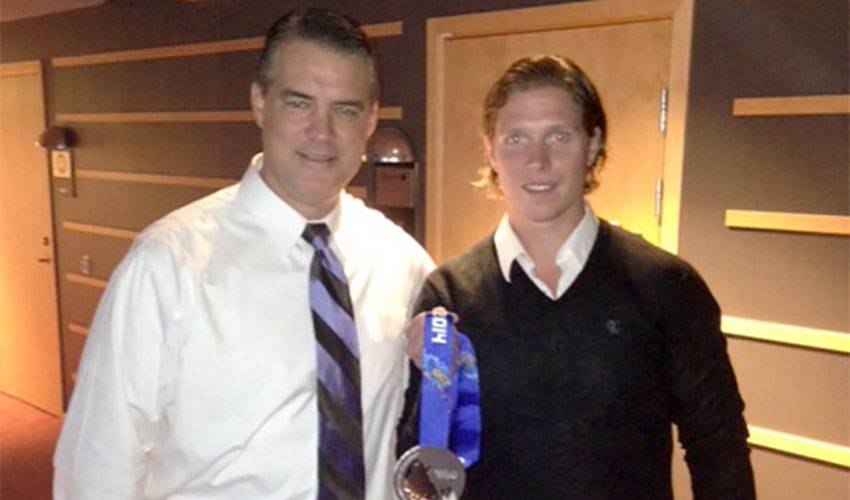 The following is a Joint Statement issued by Nicklas Backstrom, WADA, IOC and the IIHF:

Appeal proceedings before the Court of Arbitration for Sport arising out of Nicklas Backstrom's participation in the Sochi Olympic Games concluded today.

Mr. Backstrom was a member of the Swedish ice hockey team at the Olympic Winter Games in Sochi. He sought and obtained the advice of his Olympic Team physician regarding whether he was permitted to take a medication containing pseudoephedrine (PSE) during the Games. He relied upon such advice, and took sinus medication containing PSE on a daily basis. A doping control conducted after the quarter-final match between Sweden and Slovenia on 19 February 2014 detected PSE in Mr Backstrom's sample in excess of the World Anti-Doping Code (WADA Code) decision limit of 170 µg/mL. On 14 March 2014, the International Olympic Committee (IOC) Disciplinary Commission found that Mr Backstrom had committed an anti-doping rule violation. However, based on the mitigating circumstances, the IOC DC determined that Mr. Backstrom remained entitled to receive the silver medal won by the Swedish team and the diploma awarded for men's ice hockey. He received both the diploma and the silver medal on August 28, 2014 in a ceremony in Gavle, Sweden.

Mr Backstrom appealed against the IOC Disciplinary Commission decision to the Court of Arbitration for Sport on 2 April 2014, challenging that an anti-doping rule violation had occurred. During the course of those proceedings, WADA filed an appeal to the CAS against a 9 October 2014 decision issued by the IIHF Disciplinary Committee (within the context of its proceedings to determine whether any further sanction should be issued), which had concluded that Mr. Backstrom had not violated the WADA Code.

After constructive discussions between Mr. Backstrom's representatives and those of the IOC, WADA and the IIHF, Mr Backstrom, pursuant to a settlement agreement, has withdrawn his appeal against the IOC determination that he violated the WADA Code. In turn, the IIHF, WADA and Mr. Backstrom have each agreed to resolve WADA's appeal against the IIHF Disciplinary Committee ruling on the basis that Mr. Backstrom be issued a reprimand – the minimum applicable sanction permitted by the WADA Code – in respect of such violation.

Mr. Backstrom, WADA, the IOC and the IIHF are pleased that this matter has now been concluded, and wish to clarify that at no time was Mr. Backstrom's receipt of his Olympic silver medal at issue in the proceedings before the Court of Arbitration for Sport.

WADA, the IOC and the IIHF take this opportunity to state that there is no indication that Mr Backstrom intended to enhance his sport performance by taking a prohibited substance, that the prohibited substance (PSE) was contained within a product Mr. Backstrom was taking for medical reasons, that Mr Backstrom relied on the specific advice of his team doctor that his use of the product would not give rise to a positive sample, and that he openly disclosed the product on the doping control form at the time of the doping control.