Making It Count In Minnesota 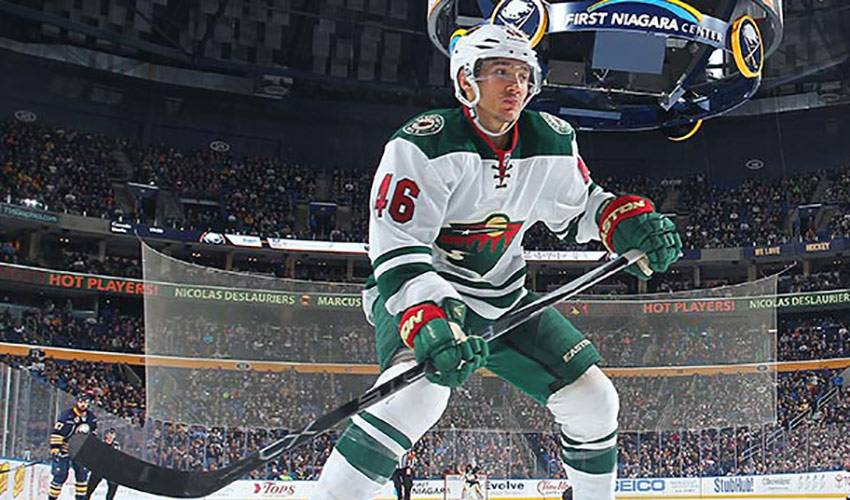 It was a campaign that appeared to see the Wild heading towards playoff viewers rather than post-season participants. The emphasis should be on the word ‘was.’

A brutal January and February put Minnesota’s post-season aspirations on ice. Ten wins in March, however, helped put that goal back on track.

While a spot in the Western Conference playoffs hasn’t been sewn up yet, Minnesota has been one of the league’s hottest teams down the stretch. Before a home loss to Ottawa on March 31, the Wild had won six straight games, enough to put themselves in a good position to clinch a shot at Stanley Cup glory.

Confidence, not surprisingly, is at an all-time high. It’s the kind of thing that happens when you record a five-game season sweep of defending Cup champion Chicago, the team that’s eliminated Minnesota from the playoffs the past three years.

“We have four lines that can play in any situation and having the freedom to make plays has helped everyone,” said Spurgeon, part of an impressive Wild defensive corps. “Playing the game the right way as a full unit of five has helped everyone out. Confidence grows when you are playing well as a team.”

It also makes your opponents wary of facing off against you.

The Edmonton native knows what he and the rest of the Wild defence need to bring to the ice every night in order to keep that reputation intact.

“I think we work so well together because we all get along great on and off the ice,” said the 26-year-old, who has an NHL career-high 11 goals this season. “I think if you look at our group, we can all skate very well and handle the puck. So that helps our team get to our game by being able to break pucks out of our zone and help out offensively.”

Away from the pressures of a playoff pursuit, it’s child’s play, literally, for the father of the two.

“I unwind from the rink by hanging out with my family,” said Spurgeon. “I'm married and have two kids, so spending time with them is huge. Whenever we get free time, we find something to do.”

Which makes life on and off the ice a win-win situation for Minnesota’s No. 46.