Taylor Hall did something over the off-season he’s never done before. Now, the left winger is hoping to do something he’s yet to experience in his NHL career. 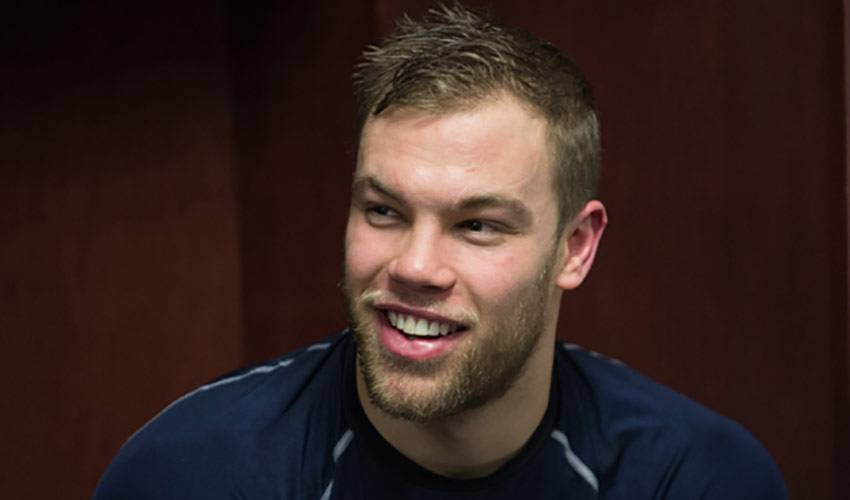 Taylor Hall did something over the off-season he’s never done before. Now, the left winger is hoping to do something he’s yet to experience in his NHL career.

“I went houseboating on the Shuswap, first time I ever did that,” Hall told NHLPA.com. “It was a lot of fun. It was one of those experiences that you won’t forget for a long time. I’ve never been to Western Canada for something like that and spent time on the water in that way. It was just a great weekend.”

It was also a welcome opportunity to shut off any thoughts of hockey, recent past or near future, for a time.

“That’s what you have to do in the summer,” said the 25-year-old Calgary native. “Obviously, you’re training and working out, doing those things to get prepared for the upcoming season, but you need to take a break mentally from everything and decompress a bit. Doing the houseboating thing and golfing a little, those were nice ways to relax.”

Soon enough, however, Hall will be in full-on hockey mode. His primary goal for 2017-18 has nothing to do with personal point totals or eclipsing career-high marks.

Instead, the first overall pick in the 2010 NHL Entry Draft has his sights set on helping the New Jersey Devils net a spot in the Eastern Conference playoffs.

Nearly 460 regular season games into his big-league career, Hall has yet to skate in the post-season.

“I’d say around mid-August is when that starts happening for me,” he said, of when his mind turns to the upcoming campaign. “I skated a lot more in the summer than I have in the past. But, typically for me, it’s mid-August when I start ticking off the days on the calendar ahead of training camp.”

Last season was Hall’s first with the Devils after being dealt to the Metropolitan Division club in 2016. Hall scored 20 goals and recorded 53 points in 72 games.

The addition of 2017 No. 1 overall pick Nico Hischier will certainly be a welcome addition to a team that has missed out on the playoffs the past five seasons.

For Hall, ending the team’s and his post-season droughts is at the top of his to-do list.

Starting in mid-August, he’ll remind himself of that on more than one occasion.

This year, however, has a different feel to it.

“I’m actually starting to get that itch a little sooner than I usually do.”