Bruins postpone O'Ree honours until '22 so fans can be there

The Boston Bruins will wait to retire the number of pioneering Black hockey player Willie O’Ree until next year. 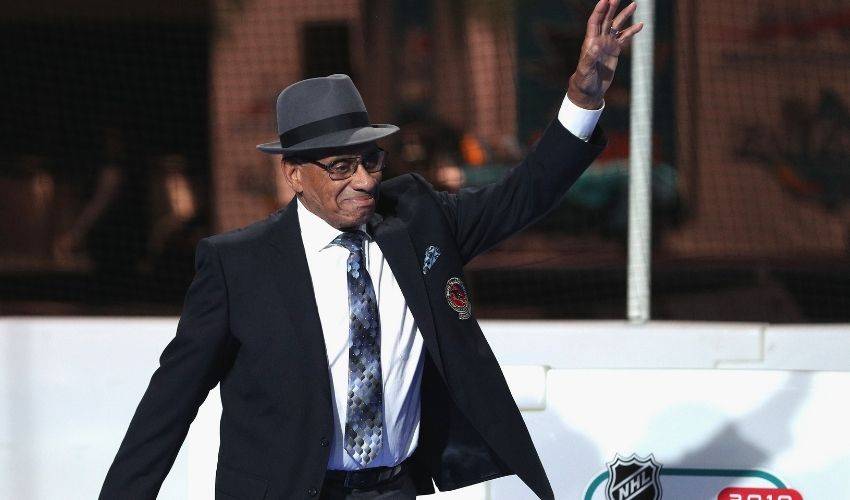 BOSTON — The Boston Bruins will wait to retire the number of pioneering Black hockey player Willie O’Ree until next year so that they can raise his No. 22 banner to the rafters with fans in the building.

The NHL said Thursday it asked the Bruins and O’Ree to postpone the ceremony until Jan. 18 -- 64 years to the day that he became the league’s first Black player. It had been scheduled for next Thursday night before a game against the New Jersey Devils.

“We hope and expect the change will enable us all to commemorate this moment in a way that matches the magnitude of Willie’s impact,” the league said, “in front of a TD Garden crowd packed with passionate Bruins fans, who can express their admiration and appreciation for Willie and create the meaningful moment he has earned throughout his incredible career.”

Only five of the league’s 31 teams have allowed fans in the building so far this season, all at reduced capacity. Five others have announced plans to allow limited numbers soon, but the Bruins are not among them. Four teams are on pause because of COVID-19 protocols.

A Canadian who was legally blind in one eye after being struck by a puck in juniors, O’Ree broke the NHL's barrier when he took the ice for Boston against the Montreal Canadiens on Jan. 18, 1958. It was more than a decade after Jackie Robinson integrated baseball, but still before the crosstown Red Sox fielded their first Black player.

O’Ree played two games for the Bruins that season and 43 more in 1960-’61 before he was traded to the Canadiens; he never made it back to the NHL. In all, he had four goals and 10 assists.

He has been working for the NHL as a diversity ambassador since 1998.