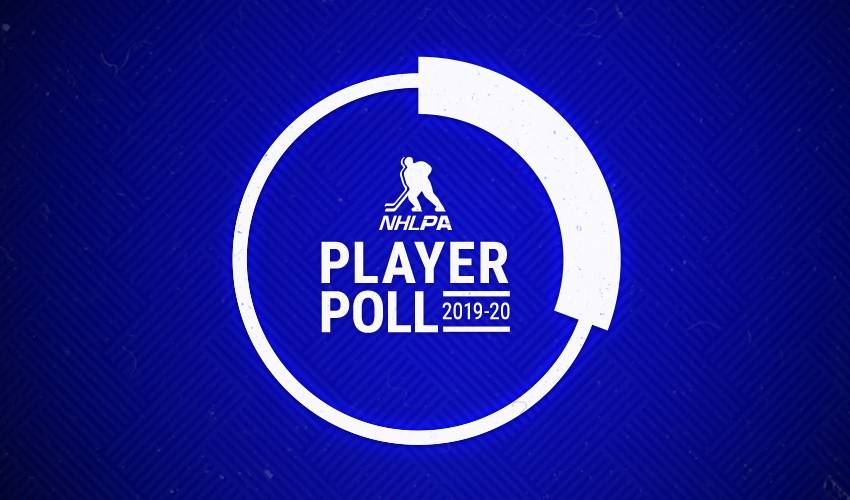 2019-20 NHLPA PLAYER POLL RESULTS UNVEILED
… Nearly 600 players took part in this season’s poll, weighing in on a variety of categories

TORONTO (March 31, 2020) – After delaying its release due to the NHL season’s suspension of play, the National Hockey League Players’ Association (NHLPA) today has unveiled its 2019-20 NHLPA Player Poll results to help fans stay connected to their favourite players during this extraordinary time.

Visit nhlpa.com/player-poll/2019-20 to view the full results for each question.

Throughout the 2019-20 season, NHL players from each of the 31 clubs were once again anonymously surveyed on over 20 questions during their annual NHLPA team meetings. A total of 588 players took part in the player poll. The membership weighed in on a variety of on- and off-ice topics covering skills, teams and fellow players around the league.

The players were polled on numerous questions, such as whether they would be in favour of relaxing the game-day dress code; who is the player they would want on their side if they had to win one game; who is the league’s best goalie; and who is the best current female hockey player. Some highlights of the results also include: 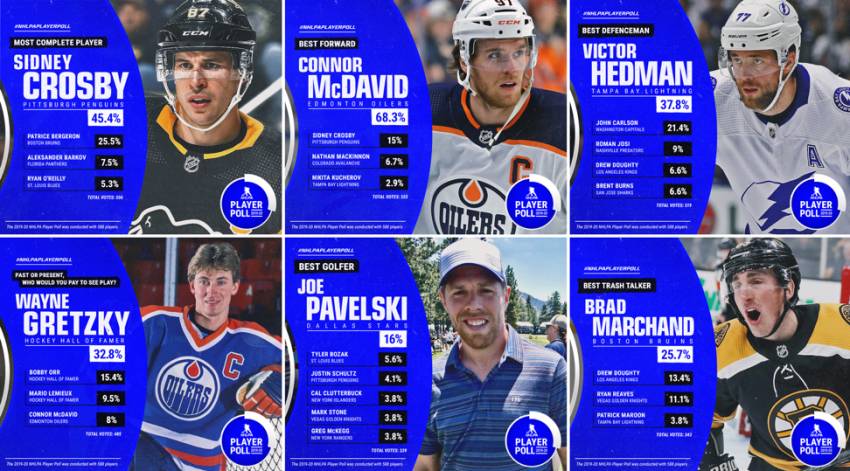