A smile came across the face of Tage Thompson when the New York Islanders swept the Pittsburgh Penguins in their opening-round series of the Stanley Cup playoffs last week. 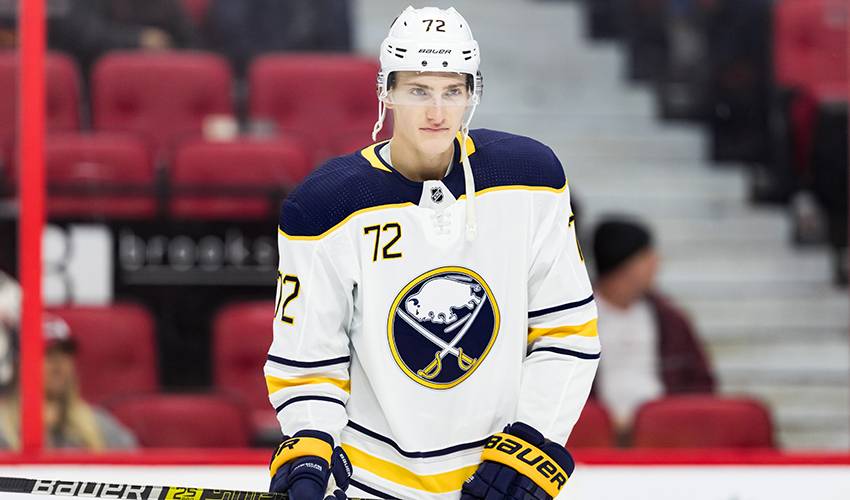 A smile came across the face of Tage Thompson when the New York Islanders swept the Pittsburgh Penguins in their opening-round series of the Stanley Cup playoffs last week.

You see, Thompson’s father, Brent, is in his eighth season coaching in the Islanders organization. He tutored many of the current Islanders in his two years as an assistant coach with the NHL team. He coached a few more in the past five seasons as the head coach of their AHL-affiliate Bridgeport Sound Tigers, including four young Islanders defencemen Scott Mayfield, Adam Pelech, Ryan Pulock and Devon Toews.

Tage is as proud of his father as Brent is of his son. Tage, 21, was born in Phoenix, where his parents met while the older Thompson was splitting time between the Los Angeles Kings and the IHL Phoenix Roadrunners.

It wasn’t easy moving around so much, but he had his brother Tyce, 20 months younger, along for the ride. Tyce has just completed his freshman season at Providence College.

“There was a lot of moving around, but I had my best friend in my brother with me,” Tage said. “We both love hockey and that made it easier.

“I don’t remember all the places because I was too young in some of those stops. The two years in Anchorage, Alaska was nice because there were so many outdoor rinks to play on. The two years on Long Island also were memorable. I’m a rink rat. I hung around the rink. I could walk into the dressing room and talk with the players.”

One of his favourites on Long Island was Kyle Okposo, who played with Thompson in Buffalo this season. The two sat beside each other in the dressing room on the road and at home.

After he spent the 2014-15 season with the United States under-18 team in Ann Arbor, Michigan, Thompson attended the University of Connecticut. It was after his freshman season the St. Louis Blues selected him 26th overall in the first round of the 2016 draft.

The six-foot-six, 205-pound Thompson was part of the trade that sent Ryan O’Reilly from the Sabres to the Blues last summer. Thompson, a combination of size and speed, already has suited up for 106 NHL games, 14 shy of his father’s total with the Kings, Winnipeg Jets and the then-Phoenix Coyotes.

Brent, a defencemen who played more than 1,000 professional regular season and playoff games, scored one career NHL goal back on Nov. 6, 1993. The goal put the Kings up 3-0 in the first period of an 8-3 win at home. The assists went to Wayne Gretzky and Luc Robitaille.

“To have a father who played professional hockey and now coaches have been so helpful,” Tage remarked. “Not everyone has that opportunity. He’s been around the game a long time and he’s been able to instil things upon me at a young age. It’s been a blessing to have someone who can point out things I can do better and that I need to work on.”

Brent obviously is busy with his own team. But he watches his sons play on television or on the internet as much as possible.

“In the past couple of years as I’ve found my way in the NHL he has toned back the advice,” said Tage, who has gold medals with the 2015 U.S. under-18 team, 2017 World junior team and a bronze medal with the U.S. World championship team last spring. “He watches more as a father and a fan than as a coach. But it’s always nice to hear input from him.”

After the Sabres season concluded, Tage was sent to help out the AHL Rochester Americans in the playoffs. The Americans trail the Toronto Marlies 2-0 in their best-of-five series, while Bridgeport is locked in a 1-1 tie with Hershey.

Maybe one day down the road the father will coach his son in the NHL.

“I want to see my dad back in the NHL as a head coach,” Tage said. “But I don’t know if I would want him as a coach. That would be a weird dynamic.”