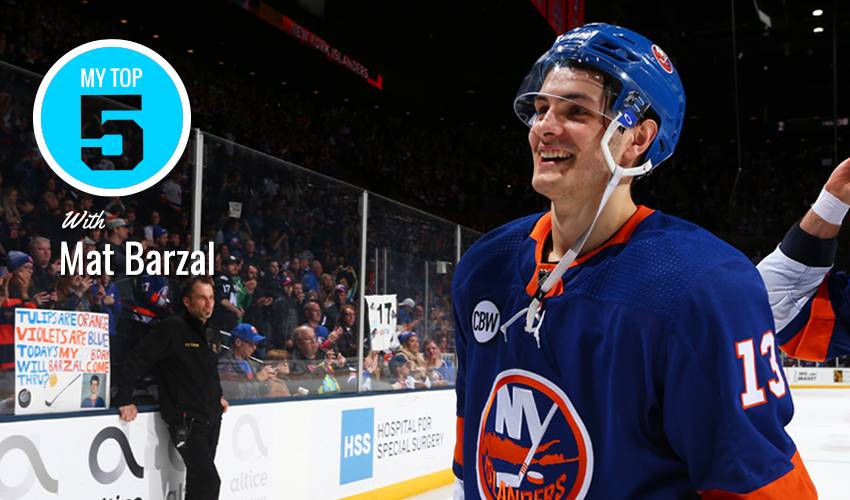 We all know what the New York Islanders' lucky No. 13 is capable of whenever he takes to the ice.

As the New York Islanders look to keep their Stanley Cup hopes rolling, Barzal is playing a big role in their impressive run.

After four playoff games through a sweep of the Pittsburgh Penguins in the Isles' first-round series, the 21-year-old centre has posted five assists.

2. Shout out for mom and dad

“My mom and dad are the only reason that I’m here in the NHL. They’ve dedicated the last 15 years of their lives to making me the player that I am. Their whole lives have been hockey, too. I could never pay them back for all the hours they put into me. I’m just glad I can repay them in a way where they can be happy watching me succeed.”

Barzal became the first Islanders rookie to record five assists in one game in a 6-4 home win against the Colorado Avalanche on November 5, 2017.

During his days with the Seattle Thunderbirds, Barzal was a two-time WHL Western Conference All-Star and was the 2016-17 WHL Western Conference Player of the Year. He is first in Thunderbirds history in career playoff points with 17 goals and 48 assists for 65 points in 49 games. He was the WHL Playoff MVP when Seattle won the 2017 WHL Championship.