What happens when you serve up deserving words of praise to your teammate and captain? If you’re Mark Scheifele, you get the same in return. 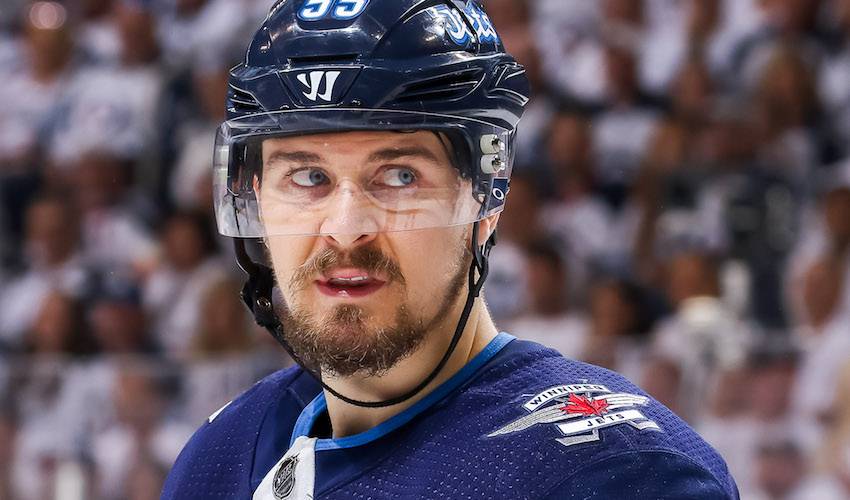 What happens when you serve up deserving words of praise to your teammate and captain? If you’re Mark Scheifele, you get the same in return.

When Scheifele, about to enter his sixth full big-league season with the Winnipeg Jets, was recently asked to pick his top handful of NHL players, he included Blake Wheeler’s name on the list.

"I’d throw my linemate Blake Wheeler in the top five, he’s one of the most underrated players,” he told TSN. “His passing is next level by far. He’s a pretty special player to play with.”

Wheeler, who tied with Claude Giroux for most assists (68) in 2017-18, didn’t need any arm-twisting when it came to saying the same of Scheifele.

“Mark is a special player because there’s no length he won’t go to in order to make himself a better player,” the 32-year-old said.

The numbers certainly back that up.

Last season, Scheifele, who missed 22 regular season games due to injury, scored at a point-per-game clip, netting 23 goals – three of which were game-winning tallies – and 60 points in 60 games.

Despite the time missed, he still managed to rack up NHL career highs in plus/minus (plus-19) and power-play points (16). He’s also just one of 11 players to average at least a point per game or higher over the past two campaigns with 142 points in 139 games.

Scheifele was even better in the Stanley Cup Playoffs when he recorded 14 goals (second only to Alex Ovechkin’s 15) and 20 points in 17 post-season games.

Wheeler expects the seventh overall pick in the 2011 NHL Entry Draft to be even better in 2018-19 as the Jets look to go further than they did last season when they lost to Vegas in the Western Conference Final.

“Mark’s constantly finding ways to improve his game every year,” he said of the 25-year-old forward who has 15 career game-winning goals.”

And not just at hockey.

In August, Scheifele traded his hockey stick for golf clubs and competed in the Players Cup, a Canadian PGA event at Southwood Golf and Country Club just south of Winnipeg. It marked the first time the Ontario native, who shot an opening round 87, had played in a professional tournament.

Despite shooting 15 over par, it didn’t dampen Scheifele’s mood throughout the day. Not a surprise, noted Wheeler.

“He’s a great teammate because he has no bad days,” he said.

Which is exactly what Wheeler and the rest of the Jets are seeing as Winnipeg begin preparations for the upcoming season.

“Mark always shows up to the rink in a great mood and he’s genuinely excited about getting on the ice every day,” he praised.