A Season To Remember For Barzal

Barzal, who became the seventh rookie in NHL history with at least 20 goals and 60 assists, and just the second to notch three five-point games, was humbled after being named the 2018 Calder Trophy recipient. 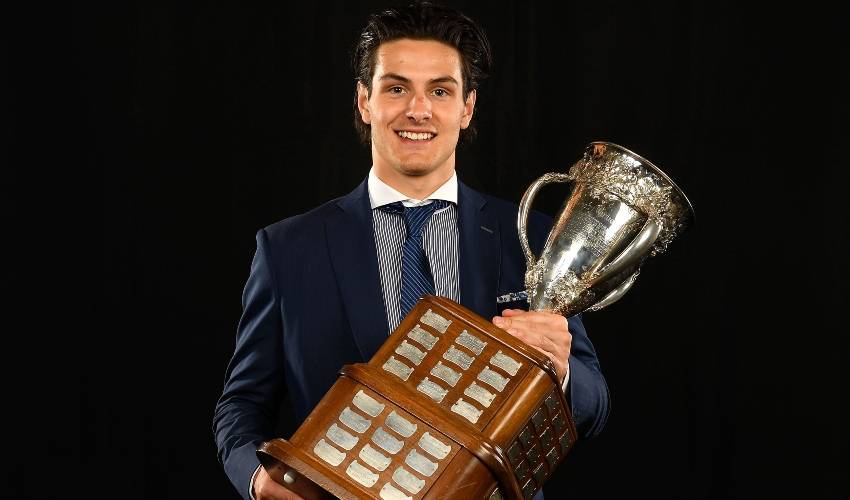 It was a season to remember for Mathew Barzal, one in which he didn’t forget anyone that helped make it a reality.

Recently crowned the NHL’s rookie of the year, Barzal, who became the seventh rookie in NHL history with at least 20 goals and 60 assists, and just the second to notch three five-point games, was humbled after hearing his name called as the 2018 Calder Trophy recipient.

The 21-year-old was quick to recognize those who played a major role in his receiving the honour.

“My teammates, they really helped me from start to finish,” said Barzal, selected 16th overall by the New York Islanders in the 2015 NHL draft. “They were pushing me to be a better player and really helped me a lot. Playing with veteran guys like Andrew Ladd, Jordan Eberle and JT (John Tavares), it helps a lot with your confidence.”

The confidence the British Columbia native showed throughout the season was in stark contrast to how he felt during his first NHL game on October 15, 2016.

“It was a little different,” recalled Barzal with a laugh. “I was pretty nervous that day. Once you started playing against Alexander Ovechkin a few times and other guys you grew up watching, it’s as though you can’t believe it some nights. But the more you play, the more comfortable you feel.”

He led all rookies with 85 points (22 goals, 63 assists), counted five power-play tallies and four game winners over 82 games, while averaging 17:46 of ice time.

“I just learned that you have to be confident,” said the centreman. “That was the biggest thing for me, the confidence you have on the ice. You can go two or three games without a point and get down on yourself, or you can turn it around and have a big night.”

Not surprisingly, hockey is a hot topic at Barzal’s parents’ home.

“With my dad it’s hockey all the time,” he said. “Whether it’s our team or hockey in general, he likes to talk about it.”

And Barzal is only too happy to have those conversations.

“My mom and dad are the only reason that I’m here in the NHL,” he said. “They’ve dedicated the last 15 years of their lives to making me the player that I am. Their whole lives have been hockey, too. I could never pay them back for all the hours they put into me. I’m just glad I can repay them in a way where they can be happy watching me succeed.”