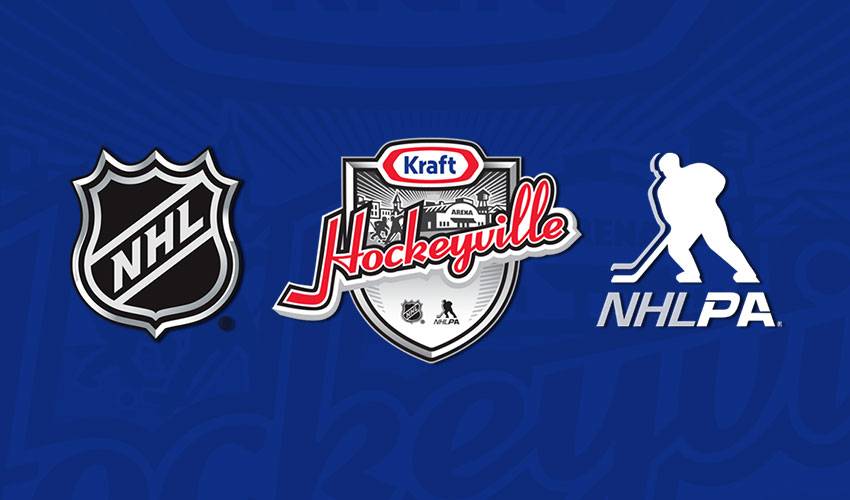 Kraft Hockeyville helps communities from coast to coast rebuild and restore their beloved hockey arenas. When submissions opened on January 1, 2018, thousands of entries flooded in, telling stories of the love and passion that exists across Canada for our national game.

This year, one round of voting will take place (opening 12:00 p.m. ET, March 30th and closing 8:30 p.m. ET, March 31st) with the final announcement made later that evening on Hockey Night in Canada on Sportsnet and CBC.

The 2018 grand prize winner will have an opportunity to host an NHL® Pre-Season Game in its community and receive $250,000 for arena upgrades and the coveted title of Kraft Hockeyville Canada 2018. The remaining three finalists will be awarded $25,000 each for arena upgrades. All finalists will additionally receive $10,000 in brand new hockey equipment for their minor hockey programs, courtesy of the NHLPA as part of the players’ Goals & Dreams fund.

Each finalist community will be assigned an NHL® Player Ambassador with roots in that region to help rally support for their respective arena.

“We were thrilled to receive so many strong nominations this year, choosing only four was especially challenging,” said Joanna Milroy, Portfolio Brand Marketing Director, Kraft Heinz. “These Top 4 finalists inspired the judges with their spirit and creativity, and we know their passion for hockey and community will resonate with people across the country.”

Kraft Hockeyville is a partnership with Kraft Heinz, the National Hockey League (NHL), and the National Hockey League Players' Association (NHLPA) to support local community arenas across Canada. Since its inception in 2006, Kraft Hockeyville has awarded $2.8 million to 73 communities across Canada and has celebrated 11 NHL® Pre-Season games in seven different provinces.