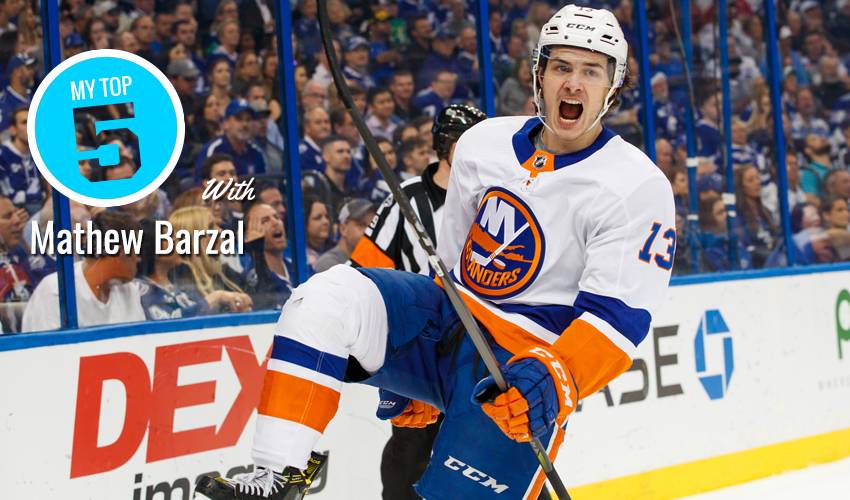 He’s been one of the NHL’s top rookies in 2017-18, piling up points, turning heads and helping the New York Islanders get off to a strong start on the campaign.

Barzal, a 20-year-old British Columbia native, who’s averaging a point per game this season, offered up the Top 5 players he idolized growing up, a group that happens to include three Ted Lindsay Award recipients. Hint: Three of the five players have won the Stanley Cup.

“I love how he creates space and how skilled he is. His vision on the ice – I always watched him to try and learn about how effective he is when he’s out there.”

“He’s kind of why I wore No. 13 when I was playing with the Seattle Thunderbirds (Western Hockey League). I was originally going to wear No. 9 in Seattle, but it was already taken, so I went with No. 13 because of Datsyuk and I also think it’s a cool number. I loved him, just his skill and how good he was defensively. Everything he did was so strong and so skilled.”

“I was a big Jarome Iginla fan when I was growing up, very early on in my life. I watched him a lot when he was in Calgary. He was a great goal scorer. I wasn’t ever trying to emulate his game. I just really liked him as a person and a player. He was a great captain, too.”