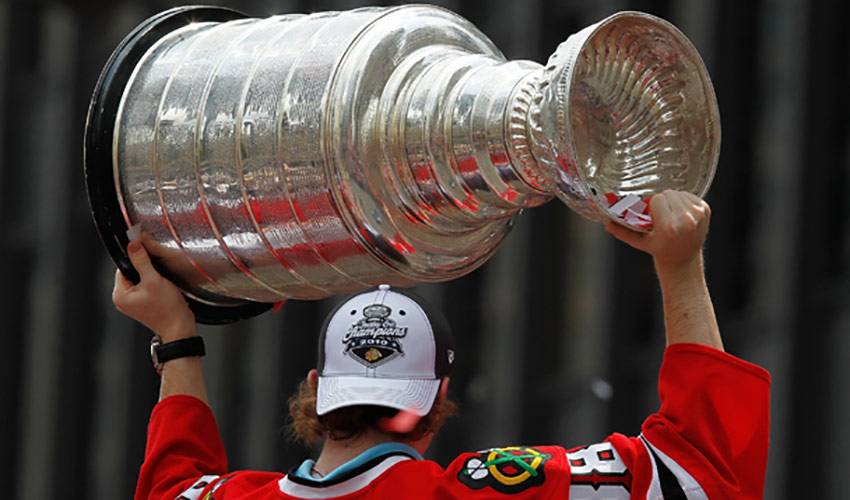 The Chicago Blackhawks have won the 2010 Stanley Cup, earning the ultimate prize in professional hockey with a 4-3 Game 6 victory over the Philadelphia Flyers at the Wachovia Center. Patrick Kane scored the Cup-winning goal at the 4:10 mark of overtime, while Jonathan Toews was named the Conn Smythe winner as the playoffs' Most Valuable Player.

This is the first Stanley Cup victory for Chicago since 1961, a team that featured Blackhawk legends such as Bobby Hull and Stan Mikita. The 49-year drought between Cup victories had been the longest in the NHL, a distinction that now falls to the Toronto Maple Leafs (1967).

Before a raucous crowd in Philadelphia, the young Blackhawks team was able to win its first game on the road in the series, closing out their 4-2 series victory. With goals by Dustin Byfuglien, Patrick Sharp, Andrew Ladd and the sudden-death winner by Kane, Chicago had all the offence that they would need to send them back to the Windy City with a new passenger on-board.