And The Winner Is...

One of Crosby, Ovechkin or H. Sedin will be named 2010 Ted Lindsay Award recipient 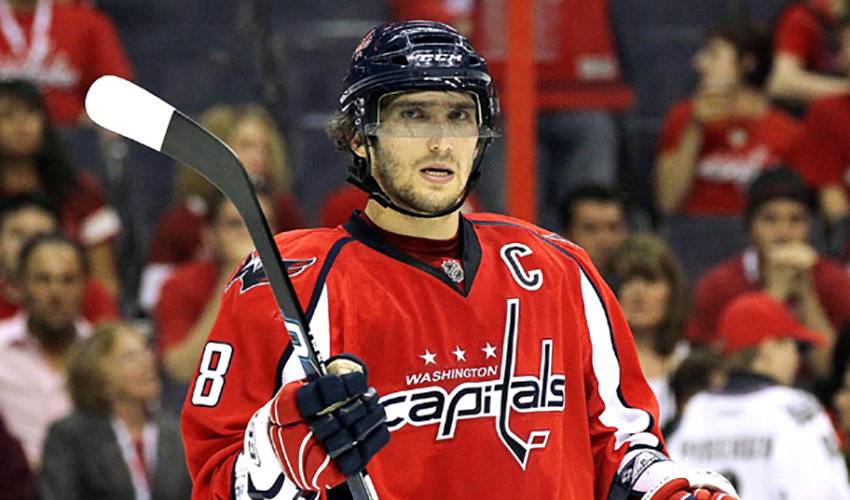 Who will it be? Who will walk away with hockey's most prestigious individual honour? On Wednesday evening in Las Vegas, one of hockey's most dynamic players will hit the jackpot.

Their names are synonymous with success, a trio of stars whose success in 2009-10 was rewarded by their fellow players, the very ones who have put Sidney Crosby, Alexander Ovechkin and Henrik Sedin on the shortlist for the Ted Lindsay Award.

On April 29, 2010, the Ted Lindsay Award was introduced, the sole honour voted on by the players themselves, carrying on the storied tradition established by the Lester B. Pearson Award. The award honours Ted Lindsay, a respected All-Star forward known for his skill, tenacity, leadership and his role in establishing the original National Hockey Players' Association.

Sidney Crosby skated in 81 games for the Pittsburgh Penguins in 2009-10, a campaign that saw him finish second in the league in points (109), while his career-best 51 goals tied him with Tampa Bay's Steven Stamkos for the “Rocket” Richard Trophy.

In just his fifth NHL season, the 22-year-old phenom has ascended to the top echelon of the game's every best, having already won the NHLPA's “Most Outstanding Player” award (2006-07), the Hart Trophy (2006-07), the Art Ross Trophy (2006-07) and guiding the Pens to the 2008-09 Stanley Cup. Crosby is looking to cap off an amazing season that also saw him net the Olympic gold medal-winning overtime goal for Team Canada.

“The more you watch Sidney, the more you marvel at what he can do. He can seize control of a game in one shift. If we ever need a spark, Sid can definitely deliver.” Chris Kunitz

“You can always expect the same thing from Sidney and that's a great desire to win and a commitment to success, not for himself, but for the team. He wants the team to win. He cares about his teammates.” - Kris Letang

Alexander Ovechkin is going for a Lindsay hat trick, having won the award in 2008 and 2009.

This season, the native of Moscow, Russia, appeared in 72 games for the Washington Capitals. Despite missing 10 games, he still finished in the top-three in the league in points (109) and goals (50). I

It was the third straight season that Ovechkin reached the 100-point mark and recorded more than 50 goals – reaching the 50-goal plateau for the fourth time in his brilliant five-year career.

The two-time defending recipient of both the NHLPA's “Most Outstanding Player” award and the Hart Trophy, the Caps' captain led Washington to their third-straight Southeast Division title in 2009-10, as well as their first Presidents' Trophy in the organization's history.

If Ovechkin hears his name called on Wednesday evening, he would join greats Guy Lafleur and Wayne Gretzky as the only players to win the award in three consecutive seasons.

“One thing, other than the fact that he is unbelievable to watch, is that Alex, along with other star players, never forget the contributions of everyone on the team. He always makes you feel that his best interest is in seeing the team do well. He doesn't take losing lightly and expects only the best from himself.” Jeff Schultz

“You are always focused on Alex when he's on the ice. He has great vision. If he doesn't have the puck, he'll put himself in a place to get it. If he does have the puck, he can do so many things with it. He can use his speed or find someone driving to the net. He's never boring.” - Former teammate Brian Pothier

Henrik Sedin, the pride of hockey-rich Ornskoldsvik, Sweden, might be the only one on this year's Lindsay ballot who hasn't won the award yet, but that's not to say he doesn't belong on the list.

He skated in all 82 games for the Vancouver Canucks in 2009-10, winning the Art Ross Trophy with a league-high 112 points (29 goals and 83 assists). Playing every game of the season for the fifth consecutive year, the durable Sedin breezed by the 82 points he notched in 2008-09, and in the process established a new career-high in points.

“You already knew he was a great player, but I think this year, he took it to a whole new level. His passing is unbelievable. He always finds a way to find you. Even if you don't think there is a way he can get the puck to you, he does. He was great this year." Alexandre Burrows

“You consider yourself very fortunate to have him on your team. There isn't just one thing he does well. He does so many things out there." - Kevin Bieksa