Minnesota Loves Having 'Mad-Dog' In the Mix 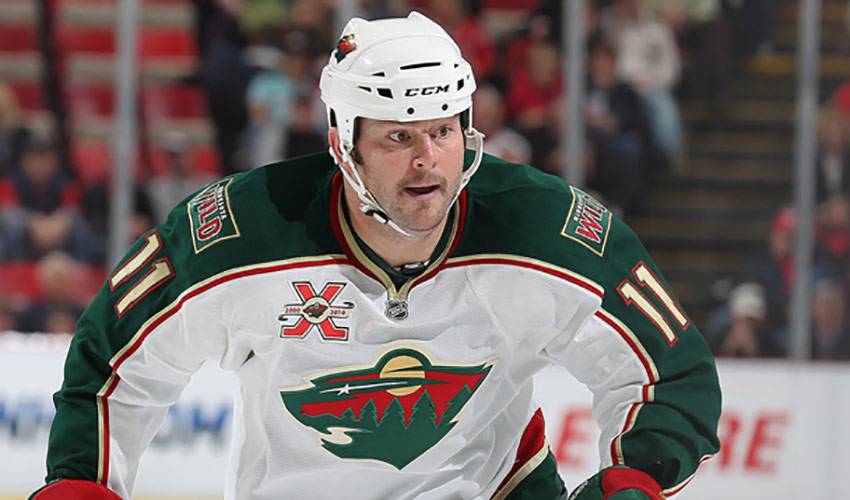 There are more than a few reasons why Minnesota is just wild about having John Madden in the mix.

His leadership qualities are impeccable. The respect he garners is well-earned. But they're far from the only traits that have made the man known as ‘Mad Dog' a welcome addition to the Minnesota Wild.

A former Selke Award winner as the NHL's top defensive forward, Madden, a graduate of the University Michigan hockey program, might be one of the game's most unheralded stars, someone who might not make the highlight reels, but one who never seems to make any glaring errors.

The type of performer, one could say, that is tailor-made for Stanley Cup success.

“I just try and go about my job without a lot of fanfare,” said the three-time Cup winner, who still holds the NCAA record for most short-handed goals (23) in a career and most in one season (10, in 1996). “I really don't care about personal goals at all. Winning the Stanley Cup is always the goal.”

For a player who felt he had no shot of making it to the NHL, Madden, who scored four goals on October 28, 2000, at Pittsburgh, has become well-known around the league for his solid all-around game and ability to stifle the opposition's top offensive stars.

Keeping the other team's top players off the scoresheet is something Madden, who went undrafted, has done with great zeal since arriving on the NHL scene in 1998-99, when he appeared in four games with the New Jersey Devils.

“You always win games with sound defence,” said the native of Barrie, Ontario, whose Michigan teammates included future NHL players Brendan Morrison, Mike Knuble, Blake Sloan, Marty Turco, Steve Shields and Bill Muckalt. “Being able to stop the other team from getting key chances is something I've always strived for.”

One of his biggest career highlight came in his first NHL season, 1999-2000, when New Jersey won the Stanley Cup. He's added two more since then, in 2003, also with the Devils, and with the Chicago Blackhawks in 2010, the team he signed as an unrestricted free agent with on July 1, 2009.

“It takes more than just talent to win the Cup,” said the 190-pound centreman, who signed a one-year contract with the Minnesota Wild on August 6, 2010. “The main thing is to be confident and not look beyond the next game.”

Quiet by nature, Madden, who collected his first career NHL point on January 18, 1999, against the San Jose Sharks, prefers to let his on-ice efforts do the talking. During his time with the Devils' American Hockey League affiliate in Albany, the coach pulled him aside and offered key advice to the then aspiring NHLer.

“John Cunnif told me what I needed to do in order to make it to the NHL and play with New Jersey,” recalled Madden, who scored 58 goals in two seasons with the River Rats, including a 98-point season in 1998-99. “I just tried to work hard at improving my game.”

While he won't lead the Wild in scoring in 2010-11, Madden, now 37, will be as invaluable as ever, a respected veteran who will look to play his part in getting Minnesota back into the playoff picture after a two-year absence.

His formula remains the same: shut down the opposition and do the little things that can make a big impact.

“It's nice when people take notice of what you do, but the bottom line is seeing the team be successful,” Madden offered. “That's what really matters.”