Just you try and stop me!

Koivu, Gaborik, Marleau & the Dallas Stars are showing the hockey world how it's done recently 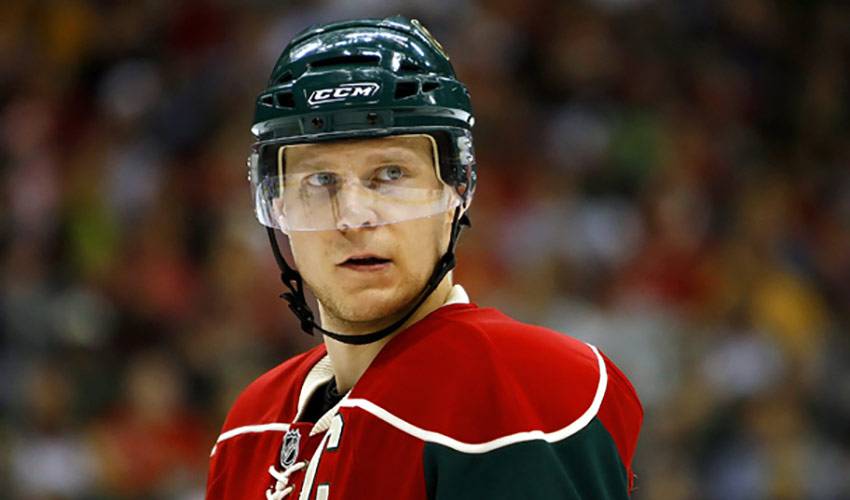 Not much was expected of the Dallas Stars before the season began, but the team – currently on a four-game winning streak and leading the Pacific Division - has proven there is a lot of truth in the old idiom that there's a reason why the games are played. With the fourth-best record in the NHL past the half-way point of the season, it would appear that these Stars are not going to fall back down to Earth any time soon. The Stars are led offensively by two recently-named All-Stars (Brad Richards & Loui Eriksson), some well-seasoned veterans (Brenden Morrow & Stephane Robidas) and some young players trying to make their names (Jamie Benn & James Neal). Combine that with a solid blue-line, a pair of All-Agitator team members in Steve Ott and Adam Burish, not to mention a rejuvenated Kari Lehtonen in net, and the Stars are putting themselves in line for a playoff push that could take them a long way.

One of the few bright spots in a game the Minnesota Wild lost 4-1 to the Colorado Avalanche last Friday night was how they got their one goal, off of some brilliant behind the net work by team captain Mikko Koivu. Andrew Brunette got credit for the goal, but the lion's share of the work was done by Koivu. The two Wild forwards exchanged the puck between them a few times just to the left of the Colorado net, with Koivu eventually taking the puck behind the net as Brunette set up just outside of the crease. As he continued skating towards the right side of the net, Koivu abruptly did a 360° spin while holding unto the puck, passing it to a wide-open Brunette as he was finishing the full rotation. Brunette slammed it home, with Koivu drawing an assist in one of the more unique and sensational goals this season!

Having been in a terrible goal-scoring slump, it was only a matter of time before the Rangers' Marian Gaborik busted out with a vengeance.  It would have been hard to expect the goals to come in such spectacular fashion though, as Gaborik awoke from his scoring slumber against the Maple Leafs on Wednesday night. Gaborik poured four pucks past Jonas Gustavsson, while also assisting on Brian Boyle's power-play goal, for the NHL's first four-goal game of the season. Having been benched only three nights earlier for his lack of scoring, Gaborik showed off his puck control on the first goal, his nose for the net on his second, a bit of good fortune on the hat-trick goal which squeezed through Gustavsson's pads and his electric wrist-shot on the fourth. When on his game, Gaborik can score a week's worth of goals in one night, and there is no better example to prove that fact than Wednesday night's game against Toronto

By far the all-time franchise leader in games played for San Jose, Patrick Marleau has spent all of his 11 seasons with the Sharks and the 32-year old recently passed the 1000-game plateau following a victory over the Phoenix Coyotes on Monday night. Marleau, the third-youngest player to ever reach the milestone, also scored the game's first goal, helping stake the Sharks early lead in their 4-2 win. Marleau, who is also the franchise leader in goals, assists and points, is the quickest to ever reach 1000 games with only one team. Congratulations Patrick, from NHLPA.com, on this historic accomplishment.

“At the moment I don't really care. It might be a little nerve-wracking sitting there feeling like one of the girls on the 'Bachelor' with all the cameras on you waiting to get picked.”

- Patrick Sharp, Chicago Blackhawks forward, describes what it may feel like waiting to get picked by team captains Eric Staal and Nick Lidstrom for this year's All-Star Game.