After another year of growth, both Victor Hedman & the Lightning are focused on more 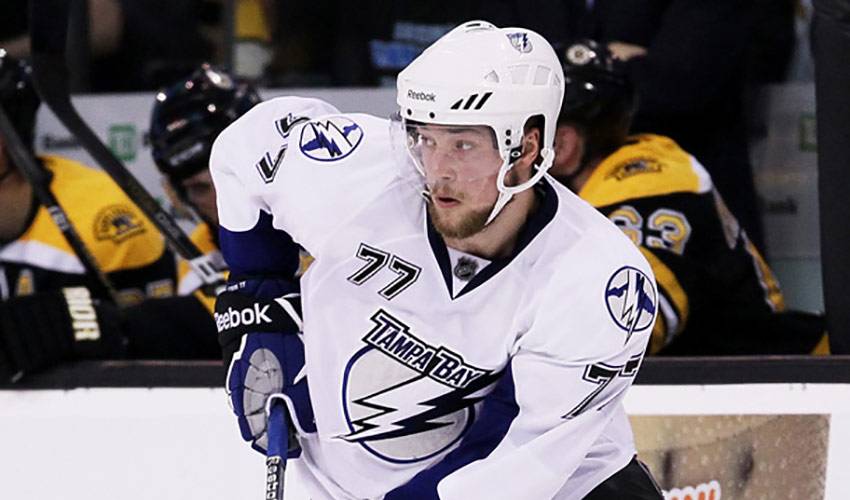 He might have been thousands of miles, literally, from Tampa Bay during the summer, but Victor Hedman'sthoughts were never far away from the upcoming season.

Although his time away from the game in his homeland of Sweden was rather subdued, there's an undeniable excitement in Hedman's voice when the second overall selection of the Lightning in the 1999 Entry Draft speaks of the 2011-12 NHL campaign.

And it's easy to understand why the defenceman is eager to get things started.

“Last year, maybe we surprised a lot of people in how we played,” said the 20-year-old, of the season that saw Tampa take eventual Stanley Cup champions Boston to seven games in the Eastern Conference Final, losing by a 1-0 count in the deciding contest. “Obviously, our goal at the start of the year was to win and to be successful. I think we took a big step forward last year.”

The Lightning will be counting on their big blueliner – he stands 6'6” and weighs 230 pounds – to once again make an impact as he embarks upon his third NHL season.

Last year, Hedman appeared in 79 regular season games, scoring three goals and adding 23 assists. He was even better in the playoffs, where he contributed six points in 18 games, while playing stout defence.

The left-handed shooting rearguard has great expectations, both for himself and the Lightning.

“We want to be a team that competes for it all, but we can't afford to look to far ahead,” offered Hedman, who began his junior hockey career in the Swedish J20 SuperElit with the Modo Hockey organization and recorded 25 points in 34 games during his first full season in the league in 2006–07. “We have to take an approach that goes game-by-game, step-by-step. We have a group of guys that all want to get better and want to bring success to the team.”

“I want to be a player that is accountable every time I go on the ice and in every situation,” said Hedman, who was selected as the Elitserien Rookie of the Year in 2008–09, the same season in which he was chosen as Sweden's Junior Player of the Year. “I want to be the type of defenceman that can make a difference, a dependable two-way defenceman that can do a bit of everything. I want to kill penalties and help on offence. I want to grab that role. I'm just very excited about being here, being on this team and helping the team win.”

Still in the early stages of his career, Hedman, who made his NHL debut for the Lightning on October 3, 2009 against the Atlanta Thrashers, when he registered his first point, an assist on a Martin St. Louis goal, has a solid role model in place, a player he would love to fashion his own career after.

“Mattias Ohlund has been great to me,” said Hedman, of Tampa Bay's veteran defenceman and alternate captain, who boasts over 900 games of NHL regular season experience. “Not because he is Swedish like me, but because he is a great professional on and off the ice. The way he plays the game, how accountable he is, the trust you have in him in the big games, his career is amazing.”

Hedman's appears to be well on its way to being quite the same.

He played for Sweden at the 2008 World Junior Championships, where he helped the team to a silver medal, losing to Team Canada 3–2 in the final, and was selected to the tournament All-Star Team. He also became one of the youngest players to play for Sweden's national men's team when he made his debut at 17 in an exhibition game against Norway.

Hedman, whose first NHL goal was scored on December 5, 2009 against the New York Islanders, also played for the national junior team at the 2009 World Junior Championships in Ottawa, where Sweden met Canada for the second consecutive year in the gold medal game, coming away with another silver medal.

Now, Hedman's sights are set on playing his part is bringing the Stanley Cup to Tampa seven years after the franchise won its first championship.

“You see the strides we made last year and how the organization has worked so hard to put together a winning team,” said Hedman. “For me, I only want to get better. It's my third season coming up and I want to continue to develop. A lot has changed since I came to the NHL. I feel very lucky to be here and I'm standing on my own legs now.”

But Hedman's more than happy to get by with a little help from his friends.