Keeping the Leafs in the Loop 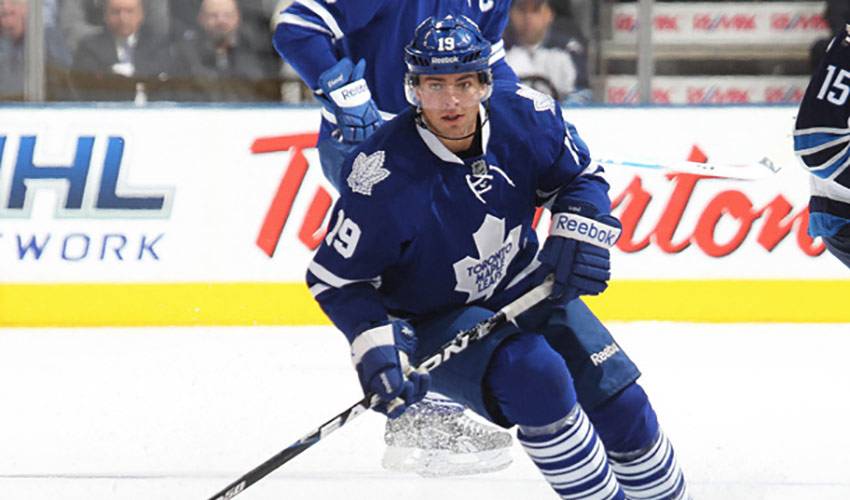 He has certainly experienced some physical setbacks over the course of his NHL career, but just when it seems Joffrey Lupul is down for the count, the skillful forward, recently named to the Eastern All-Star Team, always answers the bell.

Although he can't pinpoint the precise moment in which he knew the Toronto Maple Leafs had a legitimate shot at making a serious bid for a playoff position, Lupul, who came to the Original Six squad last February, had a good feeling the pieces were in place to be a top-eight team in the Eastern Conference.

And for Lupul, who had to contend with a spinal cord contusion (an injury he sustained in early 2008) and a tumultuous 23-game 2009-10 campaign, missing the final 59 games of that season and the first 28 games of the next season as the result of a blood infection after the back surgery, it was the perfect situation to showcase his offensive touch.

“When I came to Toronto last year, we knew it was going to be tough to get into the playoffs,” recalled Lupul, who was traded by the Ducks, along with Jake Gardiner and a conditional 2013 draft pick to the Maple Leafs, for François Beauchemin, marking the third time Lupul was involved in a trade with the Ducks organization. “But at the same time, you could see the team continuing to gel, getting stronger in every facet of the game. We also showed we could play against the top teams in the league.”{{QUOTE}}

Lupul, who became the first player in NHL playoff history to cap a three-goal game with an overtime tally, as he netted all Anaheim's goals in a 4–3 win over the Colorado Avalanche in Game 3 of the 2006 Western Conference semifinals, contributed 18 points in 28 games with Leafs last season.

He's been ever better in 2011-12, becoming one of Toronto's most consistent players, averaging over a point per game, while teaming with fellow All-Star Phil Kessel to provide the Leafs with one of hockey's most potent one-two punches.

""Obviously, I'm familiar with Brian Burke,” noted Lupul, of the former Anaheim GM, who now handles the dual role of President and GM of Toronto. “When I was dealt here, he told me what a great place it was to play, what a fantastic city it is and the great group of guys we had. That was all evident right away.”

It's a big reason why Lupul has felt equally comfortable on and off the ice.

“There's so much to do and the people truly love their hockey,” offered Lupul, who was traded by the Ducks to the Edmonton Oilers along with Ladislav Šmíd and draft picks for Chris Pronger on July 4, 2006. “You don't need to go very far to see the passion of the fans. If you're out and about, people will recognize you and they'll wish you good luck.”

For an admittedly socially active person, Lupul, 28, is often reminded of just how much a playoff spot would mean not only to the players, but to their supporters, too.

The Saskatchewan native, who was traded by the Oilers along with Jason Smith to the Philadelphia Flyers for Joni Pitkänen, Geoff Sanderson, and a third-round draft pick in 2009, isn't going to change much in his approach as the games take on more meaning.

“Picking up points against your divisional and conference rivals is crucial,” noted Lupul, who was traded by Philadelphia to Anaheim at the 2009 NHL Entry Draft, along with Luca Sbisa and two first-round selections for Chris Pronger. “There are going to be off nights for everyone, but we have to be resilient and stay focused on our goal. The more we play together, the more we understand one another and hopefully, that translates into making the playoffs.”

“I've been lucky to get a lot of great opportunities and to play with guys who really know what to do with the puck,” said Lupul, who had 56 goals with the Medicine Hat Tigers in 2001-02. “We just want to keep it going and do whatever we have to in order to reach our goal.”

Having a healthy, highly-talented right winger playing some of the best hockey of his career certainly puts the odds in Toronto's favour.

Joffrey Lupul proves that NHL players are also NHL fans in this edition of the Top Player Tweets of the Week.